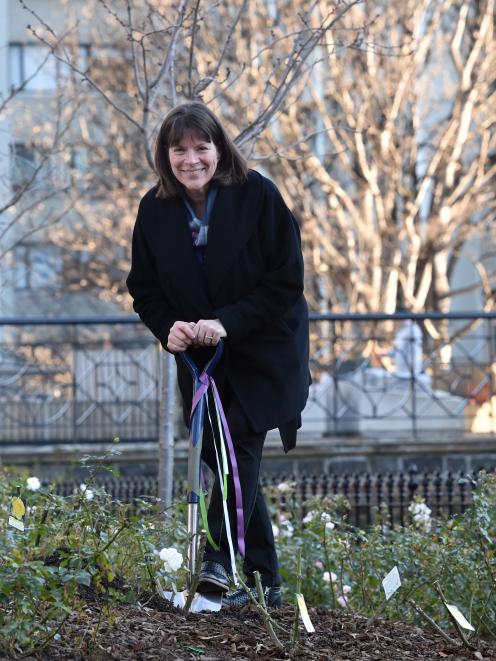 The "Otago University" rose, which arrived last week, will be planted around the university, at halls of residence and at the vice-chancellor's lodge.

A number will also be given to the city.

Staff members collected 150 flowers from Mitre 10 Mega last week, and about 100 have already been potted up. 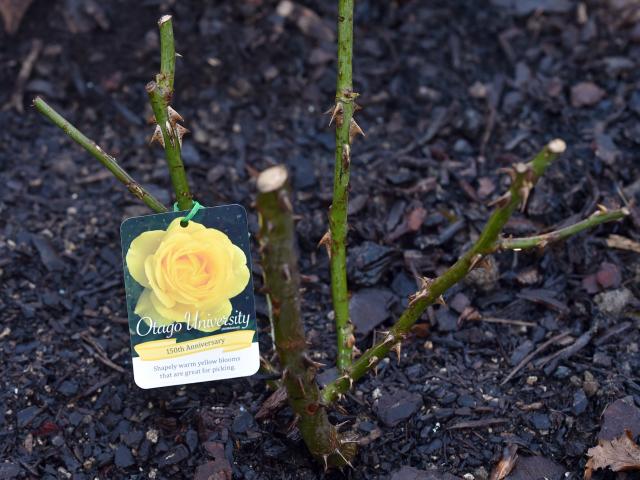 The rose was released to celebrate the university’s 150th anniversary.
Vice-chancellor Harlene Hayne planted a rose near the bridge on campus over the Water of Leith yesterday afternoon.

Prof Hayne said she was not involved in the rose selection process, but she was "so happy with the outcome".

The gold colour was particularly important, tying with the university's gold and blue.

Glenavon Roses owner Rob Somerfield, of Tauranga, said the "Otago University" had taken more than a decade to grow, and was one of about 40 roses he had released in his 37 years as a rose grower.

It threw single blooms rather than clusters, and was healthy and disease resistant, with a deep, yellow flower - and would last for "a long, long time", he said.

He would expect it to start blooming in October, but said it could be later due to Dunedin's cool climate.

The rose would bloom in spring and summer and well into the autumn every year, and it needed to be pruned and fertilised.

"It's just the general stuff you do for plants."