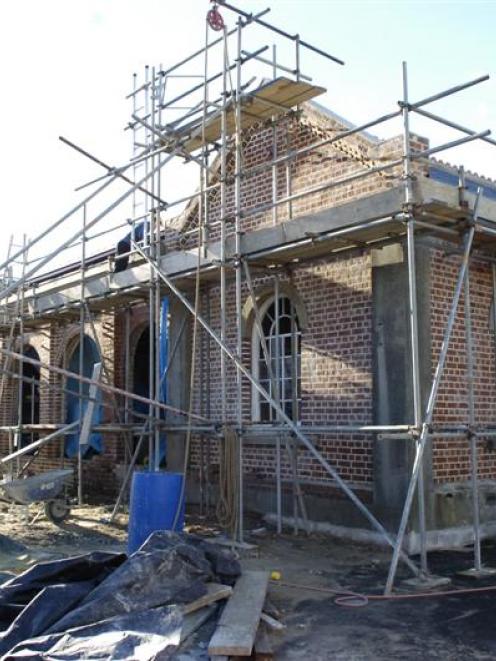 Cr Michael Guest - also the chairman of the Dunedin Heritage Fund - claimed at yesterday's Dunedin City Council meeting, after learning the museum could need an extra $2 million over two years, that "someone's head" should roll.

Work to restore the museum's fitting shop was nearing completion, but a staff report to yesterday's meeting outlined a $345,000 funding shortfall discovered during the work.

The fitting shop restoration had been expected to cost $450,000, with the Dunedin Gasworks Museum Trust raising $170,000.

However, the report by council city property assistant manager Rhonda Abercrombie said the cost had risen to $845,000.

She also warned a further $50,000 each year was needed to secure other buildings on the site and prevent deterioration while a more detailed investigation of their condition was carried out.

Cr John Bezett supported the $50,000 annual extra funding, because of the historical significance of the museum, while further consideration was given to longer-term funding options.

"It's a very important part of our heritage."

However, Cr Guest said he was "diametrically opposed" and questioned the professional advice given to the council about costs.

The council had been told five and a-half years ago the project was likely to cost $600,000 over 10 years, but that had now risen to more than $800,000 for the fitting shop alone, with the possibility of millions more needed.

"Where were those figures five and a-half years ago? ...

"Someone's head has got to roll for that," he said.

Mayor Peter Chin said the "huge amount" of unknowns about the condition of the buildings had been acknowledged when the restoration project was first discussed.

"I'm really not too surprised that as work was done, the state of the asset there, or the liability there, was far worse than thought."

Cr Dave Cull predicted costs were likely to rise higher still, but insisted the city had a responsibility to maintain the museum buildings.