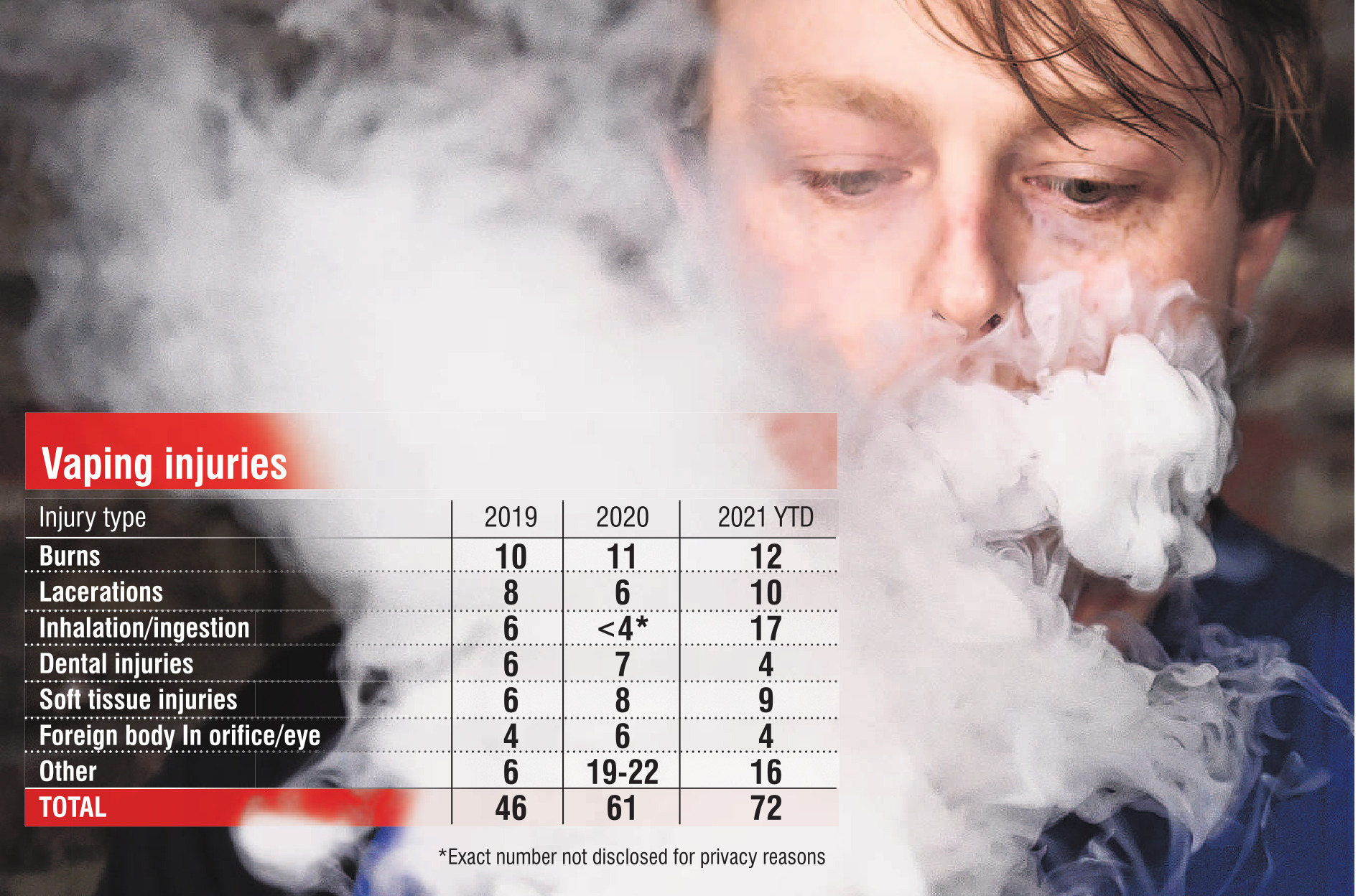 Recreational vaper Kayne Bell, of Dunedin. PHOTO: GREGOR RICHARDSON
Vape sellers are reassuring the public their products are safe despite an eight-fold increase in injuries linked to the devices.

Figures obtained by the Otago Daily Times from ACC under the Official Information Act showed the yearly number of injuries had risen from nine in 2016 to 72 in the first 11 months of 2021.

Injuries caused by vapes have risen steadily over the years across almost all categories.

The accepted claims for injuries resulting from burns, which ACC said was generally caused by devices exploding or catching fire, had increased steadily each year from fewer than four in 2016 to 12 in 2021.

Other injuries which increased included lacerations caused by cuts from the glass components of the devices and injuries linked to the inhalation or ingestion of vape juice.

ACC cautioned the figures did not represent the total numbers of vape-related injuries in New Zealand, as it only included instances where a claim was accepted.

Cosmic New Zealand human resources and operations manager Scott Curtis believed the rise in injuries was due to the increasing prevalence of vaping as an effective method to quit smoking.

At the same time increasing regulation of the industry was contributing to a safer consumer environment for people who used the devices, Mr Curtis said.

Some retailers had jumped on the growing popularity of vaping without doing the work it took to become a reputable supplier, which increased the chances of something going wrong.

However, Ministry of Health regulations which came into force yesterday restricting the sale of flavoured vape juice to specialist stores would make it harder for stores without specialist expertise to compete in the market.

"Nobody’s been physically damaged by a device that we’ve sold, to my knowledge. But we have seen batteries that have acted in a way that potentially could cause [injury]," he said.

In particular, it could be dangerous to charge vapes from wall sockets when they are designed for lower power sockets such as computer USB ports.

It was also important for consumers to be sure a device was switched off before being placed in pockets, although most devices were now equipped with an automatic killswitch, Mr Curtis said.

He encouraged people to buy vapes from reputable, brick and mortar retailers and follow salespeople’s advice for care and maintenance of products.

Vapo George St manager Malcolm Lee said overheating vapes were rare. He had only seen one in his year at the Dunedin store.

It involved a customer bringing in a device, bought elsewhere, that was firing in his pocket, potentially because it was faulty, Mr Lee said.