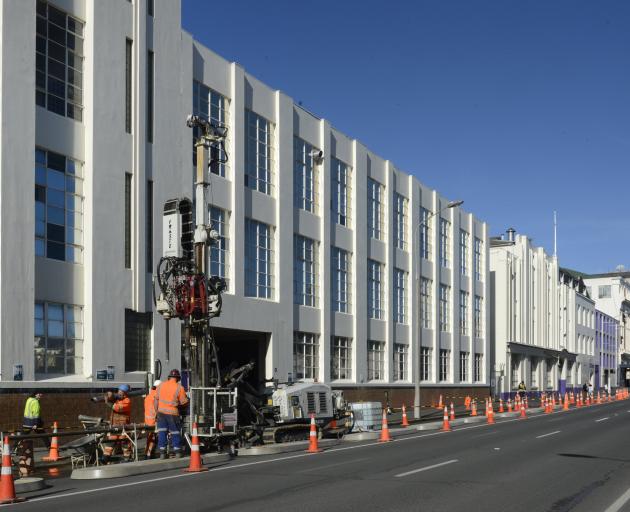 A drilling rig operates in Cumberland St outside the former Cadbury factory in August, as engineers conducted ground assessments for the new Dunedin Hospital. Photo: Gerard O'Brien
Some services may be squeezed out of the new Dunedin hospital due to budget concerns, clinicians fear.

Sources have told the Otago Daily Times they are concerned important services could be left out of the buildings due to concerns over a potential overrun in the budget of the $1billion-plus project.

Issues with the inner-city site, particularly concerning the cost of piles to build on reclaimed land, were believed to be concerning hospital planners and behind a bid to reduce the footprint of the new hospital. 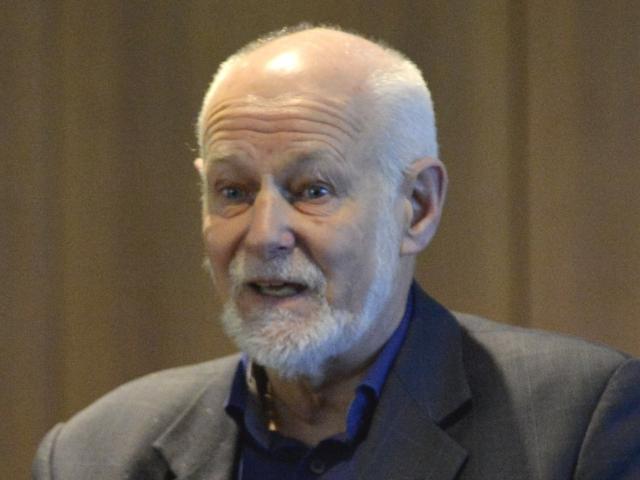 Pete Hodgson
Southern Partnership Group chairman Pete Hodgson played down budget concerns and predicted the new hospital would be a similar size to the current one, with more surgical wards and larger emergency and intensive care units.

''Eighteen months ago, the hospital scale had to be reduced by a substantial amount, and we are doing that process again, but clinicians are noticing it more because planning is further advanced and they can see it taking shape,'' Mr Hodgson said.

''By the end of stage two of planning, which will be this side of Christmas, we will be in a position to offer a great deal more certainty than clinicians have at the moment, and I think it is the uncertainty that is getting to them at the moment.''

The project's Clinical Leadership Group, a committee of medical personnel assisting with hospital design, wanted the buildings to work well for patients and provide the services they envisioned, chairman John Adams said.

However, the rebuild project was faced with a ''very complex situation'', and clinical staff were involved in ongoing discussions about the function of their units in the future hospital.

''The crucial thing for us to make sure that when the final design is in, that the design meets the requirements for clinical functioning,'' Dr Adams said.

Clinicians and the CLG would continue to raise any issues where they feel the clinical functioning of the hospital might be compromised, Mr Adams said.

The new Dunedin Hospital was originally planned to include an eight or nine-storey main inpatient building with a smaller six-storey outpatient and day surgery building alongside, providing about 50 more beds than the current hospital.

Mr Hodgson expected those configurations would remain roughly the same, although final decisions were yet to be made.

Difficulties in building on the hospital site mirror issues faced by the city's other major construction project on reclaimed land, Forsyth Barr Stadium.

For that build, piles had to be driven through a layer of soft marine silt to reach firmer ground.

In July, further geotechnical testing was done on the hospital site, with drilling down to 30m.

''The foundations will undoubtedly be more expensive; we have been saying that for a year now,'' Mr Hodgson said.

''The only good thing about where the hospital is going is that it is uniformly bad, which I understand to be better than unevenly bad. Wherever we put the hospital in the CBD, we would run into that problem.''

The difference in price between foundations on bedrock and on less suitable ground was about 3% of total budget, Mr Hodgson said.

Ministry of Health spokeswoman Michelle Arrowsmith said it had been known for some time that considerable ground works and preparation would be needed.

''There are several ways to manage the ground conditions and we are currently working through the options.''

While the size of the new hospital was still to be finalised, it would be ''significantly bigger'' than the 63,000sqm of the current hospital, but smaller than the 105,000sqm proposed in the original master plan, she said.

''The key focus is on getting the new hospital's functionality right, not the square metres.

''Dunedin needs a hospital that makes more efficient use of space than the current hospital: it needs to be the right size hospital that is affordable in terms of building and running costs, with capacity for future growth.'' 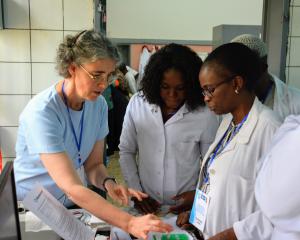 oh my. so now the hospital is going to cost more and be too small for future use. sigh.