A recently commissioned independent report on the SDHB highlighted several of the issues raised in the survey. Photo: Getty Images
Fear of change and uncertainty driven by Covid-19 lie behind many of the concerns raised in the latest Southern District Health Board staff satisfaction survey, it believes.

"The context of the survey was post-Covid, we had come out of lockdown, we were doing a lot of catch-up around elective surgeries, so demands on our staff were significant," SDHB human resources general manager Tanya Basel said.

"But I think there is a message there and it is what you do with that message which is important."

The good news for the SDHB in the survey was that its staff rated the organisation highly for staff feeling comfortable about reporting concerns about patient safety, patients being treated with dignity and respect, and staff being generally friendly and welcoming.

However, it was rated lowly for staff performance concerns being corrected in a timely manner, leaders communicating well, and whether or not organisational change improved efficiency.

The results reflected a possible disconnect between management and staff, and that was being addressed, allied health, scientific and technical chief officer Kaye Cheetham said.

"There is management on every campus, and our executive team are regularly getting out into wards and walking around — I’m down in Invercargill at the moment seeing people down here — and we do make sure that we are able to be on the scene when we need to be."

The SDHB had introduced a new leadership programme, and also had a new focus on what it could do to help staff resilience and wellbeing, Ms Basel said.

A new wellness plan had been put in place and work was being done on increasing "emotional intelligence" within the organisation.

"We are getting out there and having conversations with staff, which is all part of that package."

A recently commissioned independent report on the SDHB highlighted several of the issues raised in the survey.

In her draft report, consultant Leena Singh said there was a concerning level of low staff morale, a divide between the clinical and corporate sides of the DHB, and staff frustration at how decisions were made.

"Staff need to be engaged in a transparent and open way, feel that they are being heard, and can contribute to the problems of the organisation."

Only a third of SDHB staff either wanted to fill in the latest survey or had the spare time available.

Ms Basel said one sign followup work from the survey had had an effect would be if more people filled in the survey next time.

"I want to do this on a regular basis so we get a real sense of what is happening so that we can respond.

"I would like to see more staff participate and be confident that what they are telling us, that we will be acting on it." 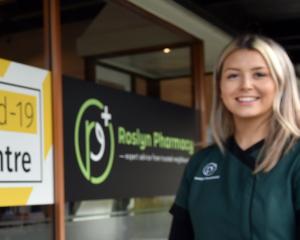 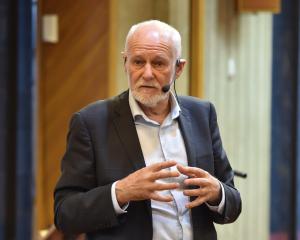