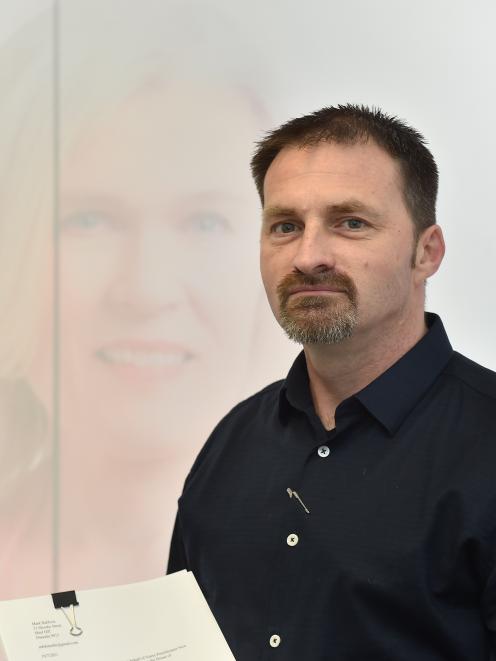 Mark Baldwin
An apparent legislative oversight may be righted if MPs heed a petition presented in Dunedin yesterday.

These are called section 29 medicines because they come under the relevant section of the Medicines Act.

"No-one seemed to have noticed that this clause had not been altered," Southern District Health Board psychiatric nurse practitioner Mark Baldwin said.

"The one glaring example which has come up is folic acid, which recently became a section 29 medication so we now can’t prescribe it, but we are about to pass legislation to put it in our bread."

Mr Baldwin yesterday presented a 1877-signature petition to Taieri MP Ingrid Leary calling for nurses to be able to prescribe these section 29 medicines.

Mr Baldwin, the immediate past president of sector group Nurse Practitioners New Zealand, said dozens of other medications were affected, including some drugs he regularly used to treat patients.

As the law stood, he was obliged to find a medical practitioner to sign them off.

"With Covid creating supply chain issues, we are seeing more and more medications become section 29 medications, which makes it inconvenient for nurse practitioners, for doctors and for patients, as well."

The legislative impasse also affects some dispensing pharmacists and any registered nurses with authority to prescribe.

The Government is planning to replace the Medicines Act with a Therapeutic Products Bill, but the legislation has yet to be introduced in the House.

Ms Leary said Mr Baldwin had raised an issue, and she would work with Invercargill MP Liz Craig, the chairwoman of Parliament’s health select committee, for MPs to consider it.

Marmite has folate in it, does this mean I need to be licensed to spread it on toast?