Heart Foundation gets behind pool 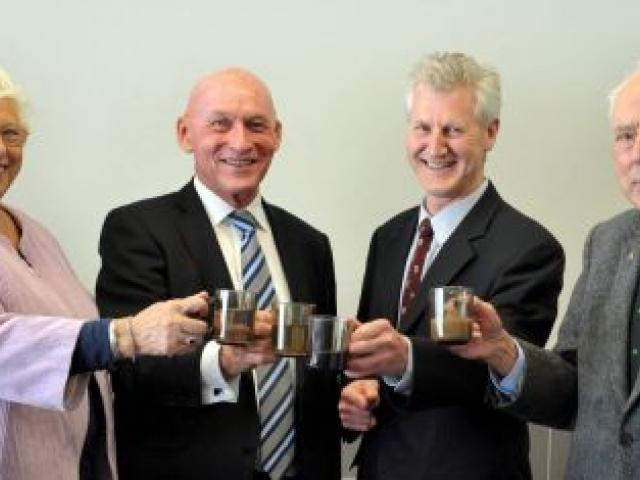 Foundation executive director Tony Duncan presented an enlarged cheque for $10,000 to the Otago Therapeutic Pool Trust during a function at the foundation's Dunedin office yesterday.

Mr Duncan said the foundation was inspired to make the donation because one of its key objectives was to support people with heart disease.

Rehabilitation was critically important for people who had cardiac events, and the pool was a very good way for heart patients to exercise their way back into normal life.

''The key thing is, if people don't take rehabilitation seriously, the risk of a second cardiac event is high.

''So the risk to the DHB of people who don't look after themselves after an event is that they are going to have more admissions and there's the risk of death.

''Rehabilitation is not something that you have once. It's a lifelong journey of living with heart disease.''

Mr Duncan said there were three clubs in Dunedin that used the physio pool to support people who have experienced a cardiac event.

They are the Phoenix Club, the Larks and the Taieri Fit 'n' Fun Club.

He was part of a Dunedin group which, in line with developments overseas, became interested in preventive cardiology in the late 1960s.

This entailed getting cardiology patients up and moving, rather than following the prescribed approach of the time, where people were simply told to rest after a heart attack.

The physio pool played an integral part in this approach, he said.

It brought the fundraising total to more than $80,000. The trust aimed to raise $1.5 million for capital upgrades and operational funding.

He reminded the community that the trust was a charity, and their donations were tax deductible.