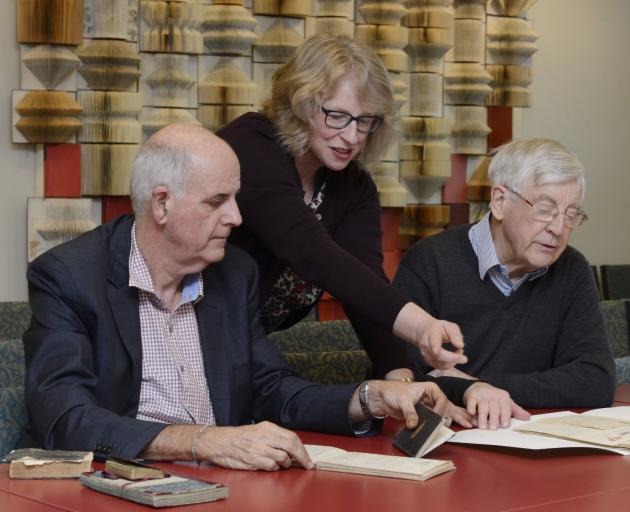 The work of Dunedin volunteers is bringing back the sometimes tragic stories of New Zealanders caught up in World War 1.

Members of Friends of the Hocken Collections have been labouring for almost a year to get close to the halfway point of transcribing the diaries and letters of Otago people who served overseas during the war.

The letters and diaries were written by soldiers, doctors, a nurse and an engineer, and include details of everything from the frustration of constant training to sea sickness, and the final thoughts of soldiers soon to go to their deaths.

Friends of the Hocken Collections membership and marketing secretary Sara Barham said the project started about two years ago. 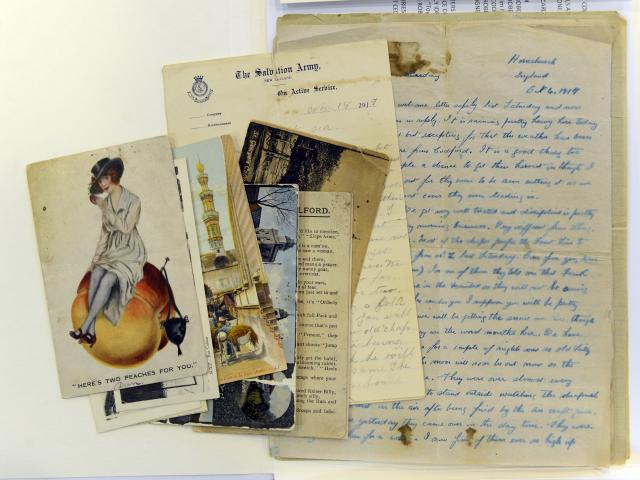 The idea behind the project was for members to get involved in activities to help the Hocken.

One of the things the library was concentrating on was getting its archives digitised and online so they could be easily accessed.

Because of the World War 1 centenary it seemed like a good time to digitise resources relating to the war.

Ms Barham said the idea was to create three formats for the World War 1 materials: the letters or diaries themselves, a high-quality pdf image of them, and the transcription.

Fifteen members were trained to do the work, and they were about halfway through, having completed close to 11,000 pages.

The group, which checked each other's work as they went, faced issues such as transcribing place names that had been written in ``phonetic spelling'' by the soldiers.

To add to the difficulty, there were many different spellings of the likes of hospitals and camps.

``They were often spelled 15 different ways by the soldiers,'' member Ross Grimmett said.

Mr Grimmett said the transcribers got to know the names of the places the soldiers visited, but the job was still difficult.

``You sit there with Google on one side, trying to find out where the heck these guys were.''

To make the work harder, there were many changes to place names since World War 1.

Member Nigel Harwood was transcribing the diary of his great-uncle Fletcher Roberts, a surveyor and civil engineer who went to the United Kingdom for work, but joined up when war broke out, did officer training and served ``in a variety of countries''.

Mr Roberts, who designed the Red Bridge at Luggate, made it through the war and died in 1951.

Mr Harwood said his mother would read the diaries that were given to the Hocken by Mr Robert's sister, Louise Roberts, probably in the 1960s. 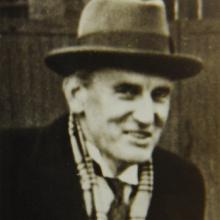 Transcribing the works into digital form would create a legacy that was available to others.

Of his discoveries from reading the diaries, he said: ``It's fascinating.

``Every time he comes to a problem he starts drawing little wee sketches.''

``You look through and there's comments about people.

Asked to elaborate, Mr Harwood said: ``I'd say he was fairly blunt.''

Another story that emerged from the transcriptions was that of nurse Minnie Jeffery, the daughter of the headmaster of Andersons Bay School.

She had travelled to Europe by ship, but not before losing an eye in Egypt.

``One of her mates opened the shutters on the ship and a bolt flew out straight into her eye,'' Mr Grimmett said.

``She had it removed - I assume they had anaesthetic - but she carried on to England,'' he said.

``She was a very social person - she was always going out with officers.''

The digitised archives would go on the Hocken website, though it was uncertain when.

``It's building up the resource ready to go,'' Ms Barham said.

Hocken archives head curator Anna Blackman said the digital copies were being printed so people could use a high-quality photocopy instead of the original for research.

The transcript would allow them to read it more easily.

``Potentially, we can provide copies to researchers.''

The work would be ``a huge benefit'', in terms of access and ease of use for researchers.