Hospital business case due next month 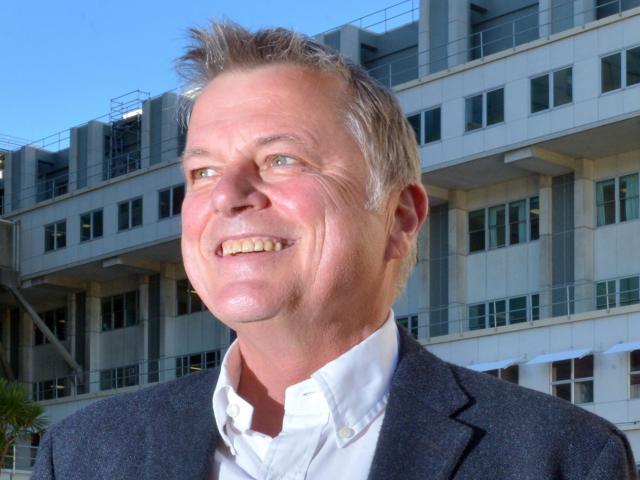 Andrew Blair.
Planning for Dunedin Hospital's redevelopment is on track and a business case revealing preferred redevelopment options is due to be completed next month, according to Southern Partnership Group chairman Andrew Blair.

''This hasn't been a straightforward business case, as there's been many tough decisions to be made, including whether the ward block can be refurbished,'' Mr Blair said.

The partnership group had also explored whether rebuilding could occur on the current or an adjacent site or if ''we should build somewhere else in Dunedin City or at Wakari''.

Planning was on track for an indicative business case to be completed by the end of next month, he said.

This aimed to ''Save our site. Save our services'' by retaining a ''top-flight teaching hospital'' in the centre of the city.

Completing the indicative business case by the end of next month was in keeping with a previous undertaking but there was little new in the latest partnership group statement, Cr Benson-Pope said.

Establishing a new hospital in the central city, at least close to the current site, was ''non-negotiable'' for 95% of Dunedin people.

When options were finalised late next month, SOS campaigners were determined that no-one would be ''under any illusion about what's acceptable to Dunedin people''.

A previous city campaign to save Dunedin's historic courthouse complex had succeeded and feelings were running even stronger over hospital issues and their implications for health, and for continued positive links with the University of Otago.

''I know how strongly people feel about health issues, so I'm not surprised by the strength of the support.''

Having a high-quality teaching hospital situated close to the Otago Medical School was the ''gold standard'' for such institutions and Dunedin people were determined to retain it.

Mr Blair said each option for the proposed business case had been weighed up ''against a range of factors'', including how long they would take to build and how they would impact on current facilities during the rebuild.

He made ''no apologies'' for going through a ''rigorous planning process'' before spending hundreds of millions of dollars of public money.

Once signed off by the partnership group, the business case would be reviewed by the national capital investment committee in July and considered by government ministers in August.