Hospital meals: Minister 'has to man up' 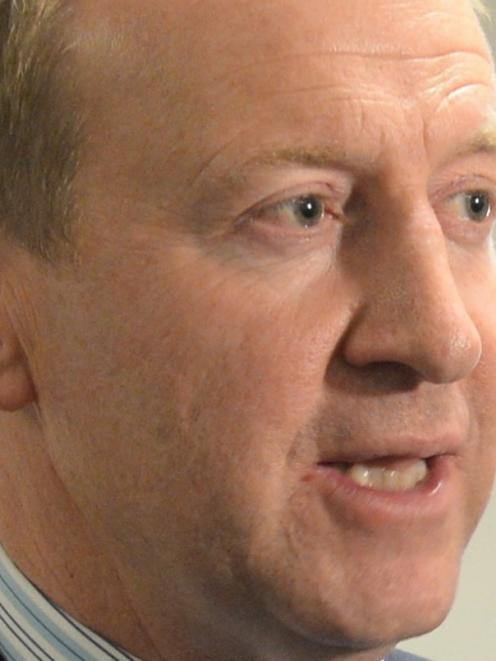 Health Minister Dr Jonathan Coleman.
A Dunedin woman whose son provided her with meals during a stay in Dunedin Hospital is calling on the Health Minister to change his attitude.

Pat Tillard says she continued to be served the Compass Group hospital meals, and photographed them each day, but ate food brought by her son during her six-day stay. Two fellow ward members also received meals brought in by family members.

‘‘Our families came in and brought meals to us - that's how bad it was.

‘‘It was the texture and the taste and the way they looked, everything.''

In Parliament yesterday, Health Minister Dr Jonathan Coleman told Labour's health spokeswoman Annette King she should ‘‘man up'' and eat the food at Dunedin Hospital in a continuation of a spat between the pair.

‘‘He's got to see that what the patients are ... saying is true.

Mrs Tillard, who was discharged last Wednesday, was in hospital on April 1, the day Dr Coleman ate lunch at the hospital. Mrs Tillard said the pasta and mince meal Dr Coleman declared ‘‘excellent'' was inedible.

‘‘The pasta was rubber and cold. The mince you couldn't eat. All the meals were cold.''

A fish cake served in one meal was partly frozen, she said. Mrs Tillard said it did not occur to her to lodge an official complaint, but a food staff member said her concerns would be relayed to the kitchen.

She believes the contract with Compass should be cancelled because sick people needed to be served palatable food.‘‘I don't think they've even started sorting the problem out.

''In Parliament Dr Coleman reiterated that he had a ‘‘good meal'' at Dunedin Hospital.

‘‘Why do you not man up and do it yourself, because you think you are so tough?'' Dr Coleman told Mrs King.

A spokeswoman for Dr Coleman told the Otago Daily Times the ‘‘man up'' comment was made in the context of a lively debate.

When the minister visited [Dunedin] that day, he asked to taste the same food which was served to patients.

‘‘If patients have concerns about the food, then they should take it up direct with the DHB,'' Dr Coleman's spokeswoman said.

The ODT has been seeking more information about what regular reporting Compass is required to do under the 15-year contract, and how these reports can be accessed.

A Government entity called NZ Health Partnerships is responsible for overseeing the contract.

Health Partnerships spokesman Steve Fisher, of Auckland, said the contract had been in transition phase from October 5.

‘‘As at 1 April the service became fully operational and formal reporting will now begin.‘‘

Prior to April 1, Southern DHB was in transition. During the transition phase Compass Group conducted more informal reporting through patient interviews etc.

''However, key performance indicators had not been settled upon yet.

‘‘The work NZ Health Partnerships is doing over the coming month or two with Compass Group and participating DHBs is to specify and agree in more granular detail the KPI information gathering methodologies and verification processes,'' Mr Fisher said.

Earlier this week, board chief executive Carole Heatly said Compass was improving the menu choices, and the board would ensure the multinational was held accountable to the terms of the contract.