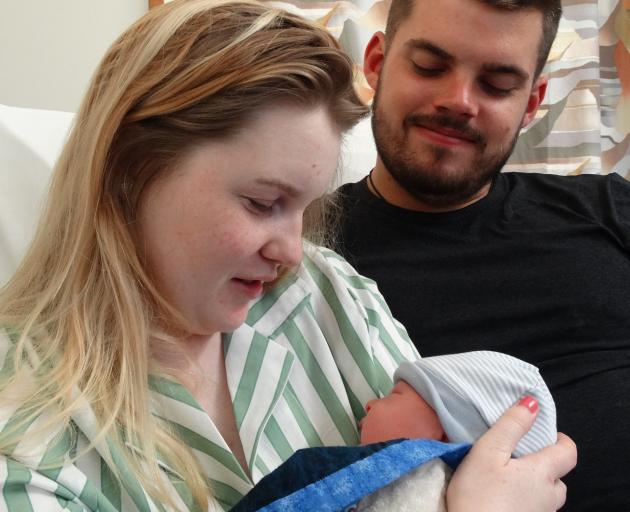 Denise and Sam Kelly with Arthur, born on New Year’s Day. PHOTOS: GUY WILLIAMS
One was born at the end of a decade, the other at the dawn of a new one.

For the rest of their lives, Finn Brady-Marshall and Arthur Kelly, born at Lakes District Hospital on either side of midnight, will have widespread support for celebrating their birthdays. 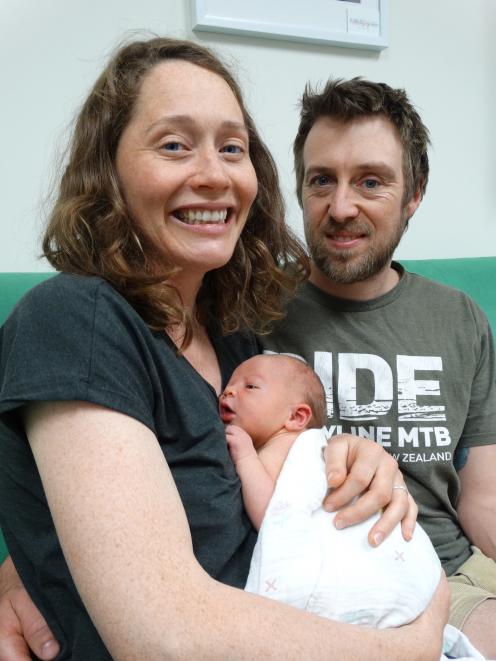 But it was not until the sound of explosions coming from Queenstown Bay that it sunk in her son was a New Year’s Eve baby, Ms Brady said.

"It’s nice of Queenstown to put on fireworks for him," she said.

Mr Marshall said Finn’s special birthday meant "everyone" would celebrate it from now on.

After all, Arthur was not due until January 13.

But within 30 seconds of his aunt lamenting Arthur would not be a New Year’s Day baby, his wife’s waters broke, Mr Kelly said.

Arthur finally arrived at 12.20pm yesterday with the assistance of midwife Sharon White.

Mrs Kelly said the early birth was "definitely a good surprise", especially after a false alarm on Christmas Day.

The healthy baby boys were a first child for both couples. 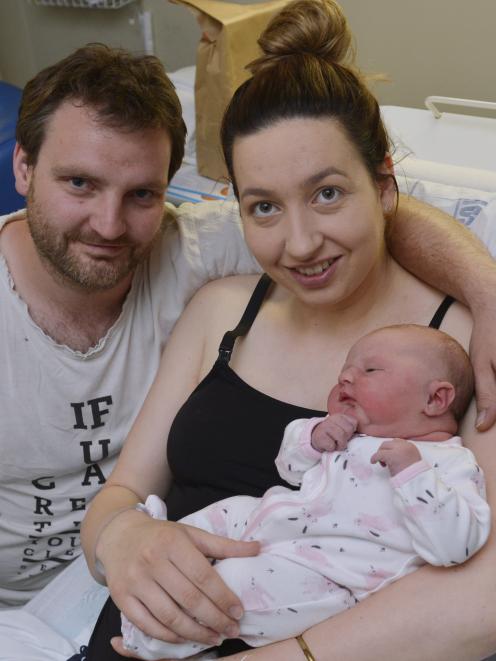 Cyle and Sarah Helm were enjoying their first hours with baby daughter Paige at Dunedin Hospital yesterday. PHOTO: GERARD O’BRIEN
She might not know it yet, but Paige Amy Helm was one of the first babies to arrive this decade.

The 3.99kg (8 pound, 13 ounces) bub was born at Dunedin Hospital at 6.43am yesterday, much to the delight of her parents Sarah and Cyle Helm.

Due on January 8, she decided to make her entrance early.

As well as being one of the first babies of the 2020s, she had an extra surprise in store for her parents.

Paige has one of the rarest blood types in the world, AB negative.

Just 1% of the population has it.

There was no particular significance behind her name, Mrs Helm said — they simply found it on Google and decided they liked the sound of it.

Paige is a little sister for elder brother Casey (2) and sister Anna (15). 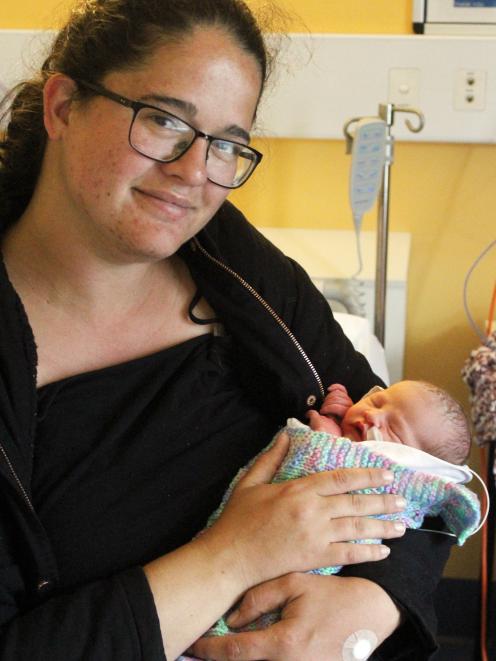 Sat at the dinner table with family, her waters broke at 8.30pm on Tuesday. The problem; her second child was not due for another month.

Instead, she became the first baby to be born in Southland Hospital this year.

Little Alianna was considered premature and the decision was made to fly her mum to Southland Hospital so she could give birth — on her way, Ms Henderson experienced the New Year’s fireworks from above.

Now parents to two children, Katrina and Tom Henderson stressed they would not be together for the arrival of the newest as Mr Henderson had to drive from Queenstown to Invercargill.

"He had to drive a bit of a nervous drive. I was worried he wouldn’t make it, but he did."

Their daughter was born at 2.30am and is little sister to 3-year-old Eli.

Despite Alianna’s dramatic entry into the world, Ms Henderson said she was doing well.

"She’s been amazing, apart from when she needs her nappy changed. She hates that."

Ms Henderson hoped to be able to head home to Queenstown within a few days. 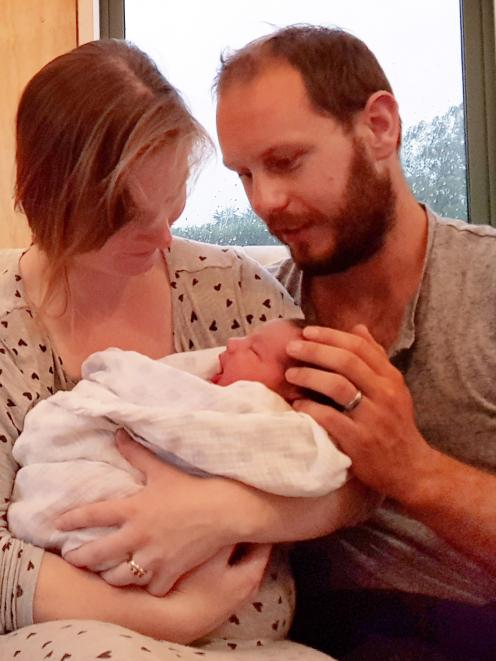 The yet-to-be-named baby was the couple’s second son, alongside 2½-year-old Jim.

Mrs Cruickshank said it was ‘‘pretty cool’’ to have the first New Year’s Day baby born in Otago.

She said she could not see any issues in having a baby born on New Year’s Day.

The couple would decide on a name for their son today.