Dunedin's iD Fashion Week show will go ahead this evening, despite the fallout from the Christchurch terror attack.

However, the show will start with a minute's silence, and the fashion week board says it will refund those who choose not to go.

Forty-nine people have died and dozens more are injured after two shooting attacks at mosques in Christchurch yesterday.

A Dunedin-based man has been charged with one count of murder, while two other people are in police custody.

The  board said this evening on a social media post  it stood with the people of Aotearoa New Zealand, and was ''shocked and devastated by the tragic events in Christchurch''.

''After agonising deliberation and consultation with the police, our funders, designers and the iD International Emerging Designer finalists, the board has decided to continue with tonight’s show at the Regent Theatre. 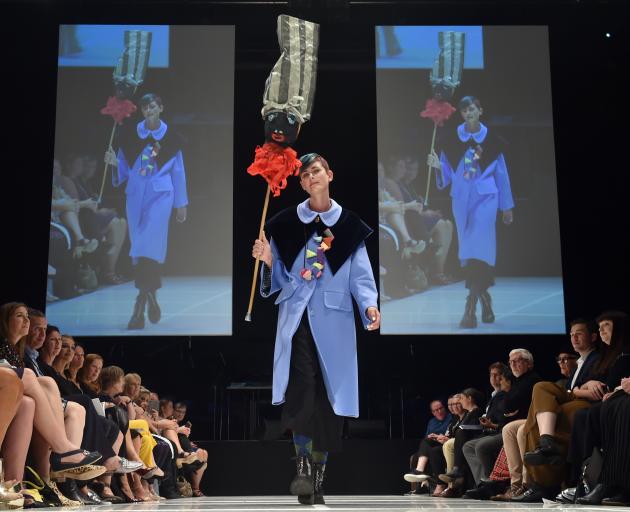 A model features designs from Dada at this year's show. PHOTO: PETER MCINTOSH
Attendees would be invited to make donations to support the official campaign to raise funds for the people affected by the attack.

Although there was no suggestion of any threat, additional security had been organised.

The post said one of the iD board’s guiding principles was collaborating with people from different cultures and diverse countries.

''They considered this principle as they made this agonising decision.

''The board respects the choice of people who may not want to attend the event and will refund any tickets for those who make that choice.''