Keenness to continue pays off 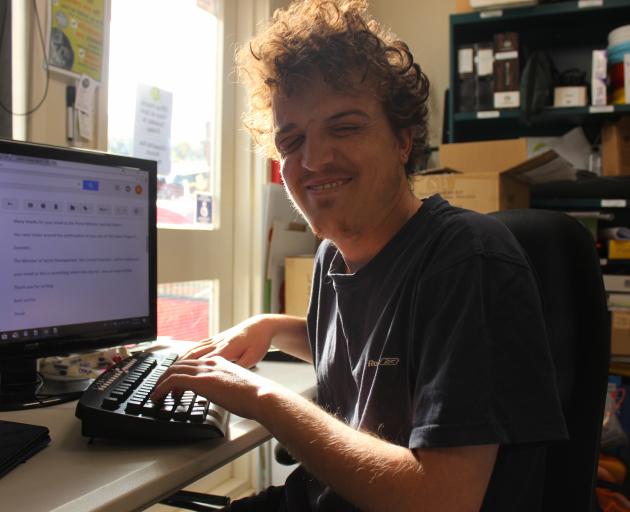 Rorie White keeps himself busy in the office at The Valley Project. PHOTO:ELLA STOKES

After thinking he would be out of a job, a Dunedin man is delighted to have received more funding so he can remain in work.

Rorie White, has cerebral palsy and for the past six months has worked at The Valley Project in Northeast Valley as a receptionist and an accessibility advocate.

The 25-year-old's role was due to end on April 20 when his funding was no longer available.

Mr White said he had been "gutted to be leaving'' and would have been forced back on a benefit.

However, he was determined to stay longer and sent a letter to Prime Minister Jacinda Ardern, explaining how it would have been an advantage if his funding could have lasted longer.

Mr White's efforts paid off and he was delighted when he recently received a phone call from Work and Income New Zealand to say he had been allowed more funding.

"I was in shock when I found out. I was just so happy ... I was so overwhelmed I was actually quite emotional''.

Mr White said he felt privileged that he could continue his job.

Over the next six months, he planned to continue to do his accessibility audit and continue to improve his skills as a receptionist.

"I want to get better at typing and learn how to do invoices and receipts ... so I can move on to another job,'' he said.