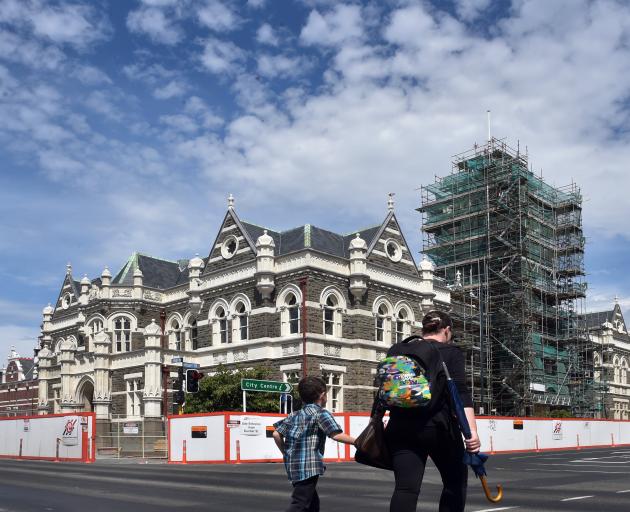 Scaffolding remains around the Dunedin Courthouse tower as an upgrade of the building nears completion. PHOTO: PETER MCINTOSH

Chief Justice Dame Sian Elias and other senior judges will preside over a special sitting in the Dunedin Courthouse to mark its official reopening next month. 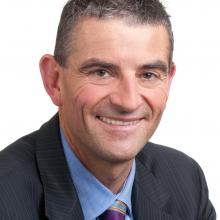 A street procession and a ball will be held on January 26.

The official party will march from the Dunedin Town Hall to the Stuart St courthouse, accompanied by bagpipes.

Normal court services will resume about a week later.

The building is undergoing a $20 million upgrade after a public campaign pressured the previous government to save the 115-year-old courthouse.

Organisers hope Prime Minister Jacinda Ardern will be there, but that had not been confirmed.

New Zealand Law Society Otago branch president John Farrow said a "big celebration'' was warranted for the historic courthouse, whose future had been in doubt for so long.

"We're really happy. It's been a great big effort from the whole general public, city council and the law faculty and the law fraternity ...

"[The previous government] certainly came on board. [Former justice minister] Amy Adams was really proactive in it.

"Everyone is very happy about moving back in, including the judiciary as I understand it,'' he said.

Deemed an earthquake risk, most of the building was mothballed in 2011 and closed completely in 2015.

For years, government officials deliberated over the required work and refused to give any guarantees about its future, before cabinet agreed to save the building in late 2015.

Its advice was that spending money on historic buildings was not part of the Ministry of Justice's "core business''.

Dunedin city councillor David Benson-Pope, who spearheaded the campaign, said it was "a good team effort''.

"It would have been an absolute tragedy in heritage terms if that building had sat empty, deteriorating,'' he said.

"I don't think anyone's in any doubt that it would have happened ... had we not run the campaign.''