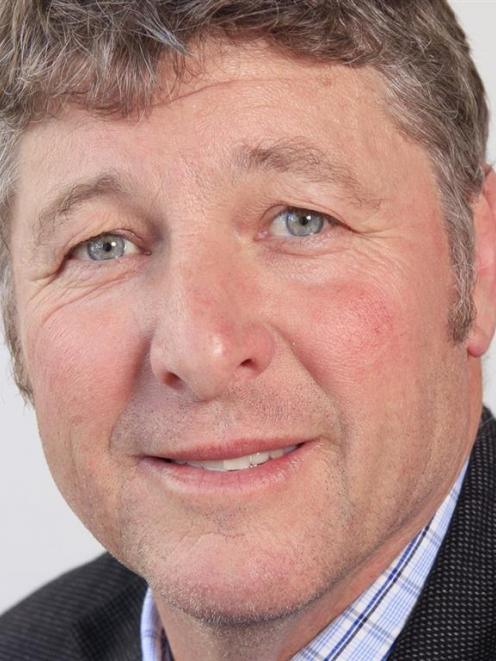 Andrew Noone.
Cr  Andrew Noone is concerned about how "liberal'' the Dunedin City Council has been when it comes to spending ratepayer money.

His comments come as councillors consider $1.34 million in proposed extra spending which could push the rates increase up to 2.84% from a possible 1.5% rise.

Councillors supported adding the increase to the draft annual plan for consultation, supporting the proposal by Cr Kate Wilson.

She said the current budget meant new grants could not be allocated without taking money from worthy groups which already received grants.

This made it a "tortuous'' process for the grants subcommittee, which she was on.

Cr Noone said he was worried the council had been too willing to increase spending during the annual plan process.

"It does make me nervous we have approached the last day and a-half ... in a fairly liberal way in terms of adding things in.

"I'm nervous ... the headroom that we have is disappearing rapidly without having considered the majority of core services.''

His comments come after Mayor Dave Cull said on Monday the council was in ‘‘a very agreeable position'' financially. This made its mark, with $790,000 of extra funding included in the draft plan for economic development.

Cr Lee Vandervis was also concerned, saying it was "quite distressing'' the council was talking about increasing funds towards an area which was not a core service.

"Have we forgotten that we are paying $15 million in ratepayers' money in interest?"

Cr Richard Thomson said it was a "political statement'' to say the council should not be spending on areas outside its core services.

"There are other councillors who believe that council has a role to provide a range of other services and activities that are not core services,'' he said.