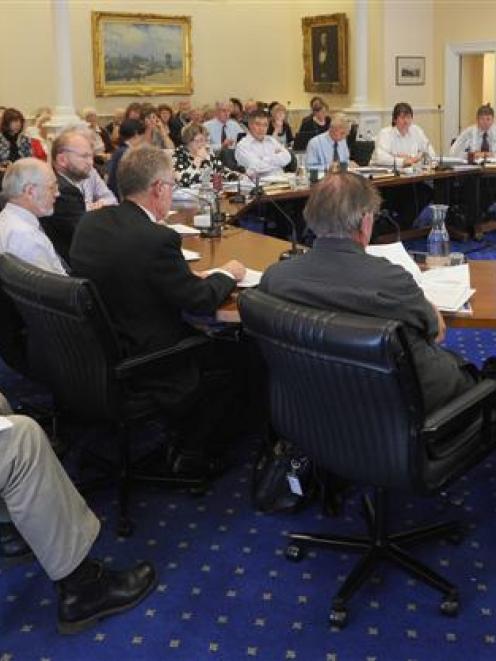 The Dunedin City Council, at annual plan meetings two weeks ago, asked staff to investigate the possibility of $300,000 in savings being found from within the libraries' budget, with a possible reduction in opening hours.

A report on the issue released late last week said any reduction would almost certainly result in a reduction of service levels, and library services manager Bernie Hawke told the reconvened annual plan meeting yesterday the facility's increase was already just one third of the council's rates increase.

That had been achieved by rigorous budgeting before the pre-draft annual plan had been put together, he said.

He did not recommend the cuts, had not heard any support for them in the community, and said, "I urge the council not to make these cuts."

Cr Colin Weatherall asked what the total library budget was, and was told it was $10.2 million, about 10.3% of the rates take.

"That's all I'm saying," he told the meeting.

Cr Chris Staynes said he would like to see a zero increase in the library budget, and suggested cutting library hours when there were fewer people attending.

Cr Fliss Butcher said the libraries were "a wonderful service", and moved that the budget stay as it was.

But Cr Kate Wilson said the council had been asked to reduce the rates increase.

"We have to start cutting something," she said.

She suggested a cut of $200,000, and said there would always be books in the library.

"They may not be the exact books they [the public] want.

"If they want that book, they will just have to go out and buy it."

Cr Cull said it needed to be made clear why rates had to be cut.

"The council embarked on a borrowing spree heedless of the consequences."

The library cut was "peanuts" compared with the $2.4 million the council was being asked to provide for the Dunedin Venues Management Ltd budget.

"They [the public] will say services are being cut for a load of rugby fans," he said to clapping from the gallery.