By Emma Perry
0 Comments
Short back and sides, sir?

A Dunedin principal’s request to his unqualified barbers yesterday was a little simpler.

"I’ve set the clippers to No3. Number 1 and my head would get too cold."

Kaikorai Valley College principal Rick Geerlofs is given a much-needed haircut by head girl Chikita Lee (17). PHOTO: PETER MCINTOSH
Mr Geerlofs said post-lockdown, he had lined up to get a haircut and was told he would have to wait for an hour, in the cold.

"There was no way I was doing that."

Instead, he used his "very needed" trim as a fundraising opportunity.

Head girl Chikita Lee took on the challenge, watched by an audience of 150 pupils - their reward after collectively raising $1000 for World Vision. 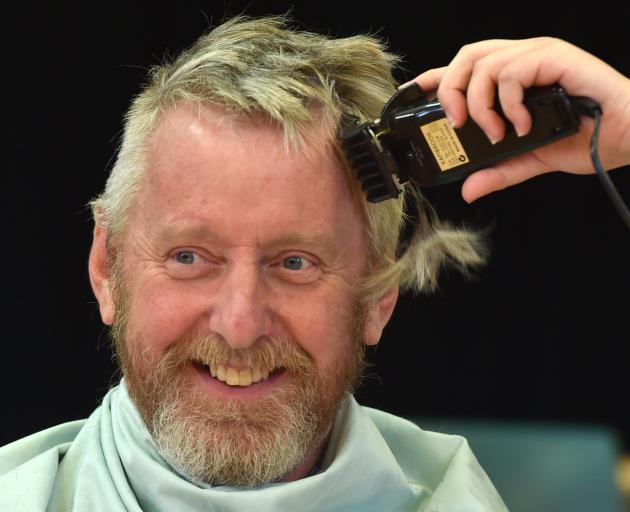 The first cut. PHOTO: PETER MCINTOSH
Mr Geerlofs had "some minor concerns" about entrusting the clippers to a pupil, but said his hair felt "lighter, much better" following the haircut.

Chikita said while she had never cut hair before, a future in hairdressing was not out of the question.

"I thought I did pretty well for my first time ... you never know."

The school had been raising money for World Vision throughout the week, and about 70 pupils had signed up to take part in the 40-hour famine this weekend to further their fundraising efforts.