''Take my hand, I'm a stranger in paradise,'' David Millar croons as we walk in to the courtyard at the back of his and wife Susan's home.

In the warm Dunedin sun, it indeed feels like paradise.

Mr Millar (82) does need someone to take his hand: walking is difficult due to his Parkinson's symptoms.

Mr Millar is not a stranger, at least not yet. His dementia has not got to the point where he no longer recognises his house, although he can no longer live here. 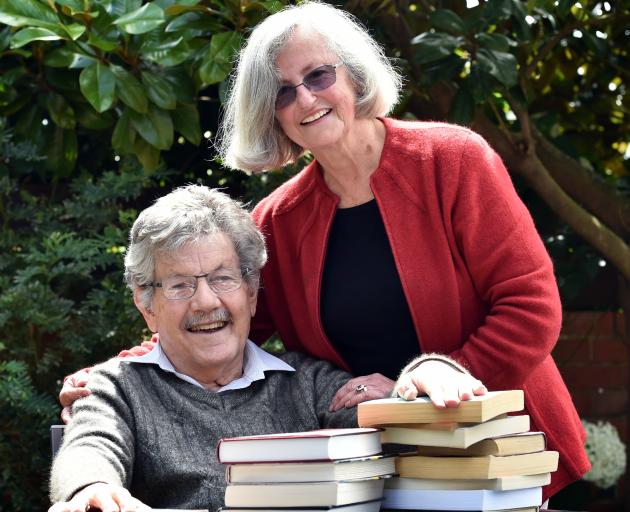 Mr Millar is charming, sharp and extremely funny, but also clearly not the man he was.

''Last year I got slightly desperate because Susie wanted me to cook proper meals, and I couldn't,'' he said, his only downbeat moment in an otherwise laughter-filled interview.

Cleaning, cooking, washing, gardening, all became too difficult for Mr Millar, which meant Mrs Millar (73) had to take over more household chores.

Last year, after 10 years of living with dementia, the Millars decided Mr Millar would be happier in residential care.

''I think it's fantastic there, nothing wrong with it,'' Mr Millar said.

Five years later, they moved to Sydney, when Mr Millar was appointed assistant director at the New South Wales Art Gallery. Their two children were born there and still call the city home.

Mr Millar eventually set up his own business specialising in art and musical history, an enterprise he persevered with despite a dementia diagnosis in 2008.

''David said to me 'there's something wrong with my brain' and I didn't know what he was talking about,'' Mrs Millar said.

''He was looking for things all the time. He couldn't find things and he couldn't remember people's names: whenever we had people around he would push me in front to talk to them.

''In retrospect, we could see the signs.''

''I was sitting there thinking 'David, where are you off to?' but he brought it around brilliantly,'' Mrs Millar said.

''It was a great lecture, a great swansong. But the next time he sat down to put the slides together in a storyline, he found it too difficult.''

Mr Millar did some of his schooling in Dunedin and after a holiday in the city said he wanted return permanently, which they did in 2014.

''Here we are only five or 10 minutes from everything and there are so many interesting things to do,'' Mrs Millar said.

''I knew we wouldn't know anybody but we quickly met people, as we were as proactive as we could be.''

Walking groups, exercise classes, singing, volunteering, social activities and membership of Alzheimer's Otago were among the things the Millars threw themselves into as they embarked on this latest chapter of their lives.

''We also hired this fabulous woman to take David out every day. In Sydney we could never find that kind of help.''

However, Mr Millar's Parkinsonism made it difficult for Mrs Millar to cope.

A spell of respite care at Radius Fulton decided the matter.

''He had a great time. He had a lot of people to chat with,'' Mrs Millar said.

''He's very sociable and he needs that.''

Mrs Millar picks Mr Millar up for outings five days a week, reads to him, and they still have travel plans.

The future is uncertain, but Mr Millar is still singing.

''But open your angel's arms, To this stranger in paradise