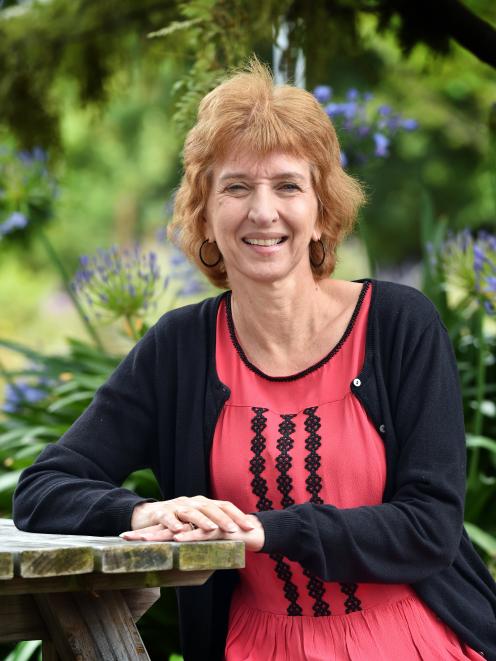 Dementia is a devastating condition, but people with dementia can still experience pleasure and enjoy aspects of life, an experienced Dunedin occupational therapist says.

''Working with dementia patients was one of the most rewarding jobs I ever had,'' Alexa Andrew said.

''It is about the now, it doesn't really matter if they remember or not: if they are having a pleasurable experience, they enjoy it physically and emotionally and they feel good.

''A person who feels good is much more likely to feel happy and healthy.

''You kind of put the dementia to one side and just think about how to make them happy.''

Even before the type of dementia care is considered, the starting point should be how people with dementia are housed, she said.

The Netherlands has led the way with villages designed for dementia patients, and a new centre in Rotorua is also experimenting with that model.

However, many dementia wards were clinical spaces rather than a comfortable home, she said.

''We really need to think about how we design these facilities,'' Ms Andrew said.

''In Australia they are knocking down the physical barriers to make aged care facilities more integrated with the community ...

''When people go into residential care they lose everything. They lose their neighbouring community, their familiar routines, and access to how they used to do things.''

Older people were still part of the community and needed to be more valued, Ms Andrew said.

They also needed to retain as much ability to care for themselves as possible, especially if they had dementia.

''Doing things for themselves, even if it's only folding the laundry or setting the table, it is the older person still contributing in some way, rather than sitting there bored, lonely and inactive,'' she said.

''Organised activities are very important, but they need to be part of the daily routines of the facility.

''Sometimes it is just enough for them [dementia patients] to be there and be part of life going on around them.''

Stimulating the senses was an important therapy, Ms Andrew said.

''Whether they recognise things you don't really know, but the experience that the person with dementia is having is showing on their face and you know you have reached them if they are showing pleasure.

''It is about bringing as much life as possible into the facility so that they feel a part of it, even if they can't actively participate.''

In the Southern DHB region, the figures were 88.9% and 96.6% respectively. Occupancy of 95% is considered full, which suggests the pressure for services is well and truly here.

And it will only get worse, as the number of South Islanders with dementia is predicted to double to more than 31,000 people in the next 20 years.

''At that point, under the Population Growth scenario, demand will be growing by around 1400 residents a year, which will require 1500 new beds a year to maintain 95% effective full occupancy.''

''We need to diagnose people earlier and remove some of the stigma around dementia.

Another issue was equity of services between rural and urban New Zealand.

''Some of that is inevitable, but rural New Zealand is worse off and Southern is huge. There are a lot of rural areas a long way away from services,'' he said.

Alzheimer's Otago manager Julie Butler said the Southern District Health Board ran a course on Coping with Forgetfulness, but there were no dementia-specific day programmes in Dunedin.

Alzheimer's Otago had trained staff who provided education, information and support to anyone affected by dementia.

However, ''limitations of funding'' affected the provision of those services, she said.

''A diagnosis of Alzheimer's or another dementia changes lives, but so does a diagnosis of cancer, heart disease, diabetes and so on.

''Why do we treat this diagnosis differently? Because we are afraid? Because we don't know what to do and say?''

The Otago Daily Times is running a series of articles concerning aged care. If you have a story to share, please contact mike.houlahan@odt.co.nz