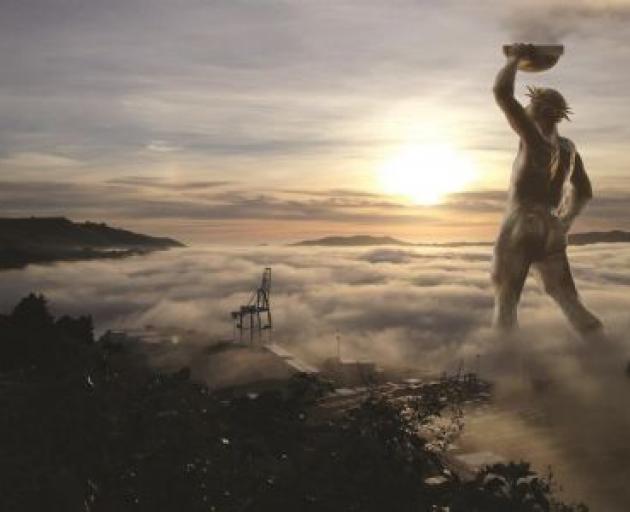 A grand plan for Port Chalmers. Images by ODT.

As Dunedin's freshly elected councils consider what direction to take this fine city, we ask if they have the guts to take on the bold vision outlined by Otago Daily Times columnist David Loughrey in 2016.

Dunedin, at this time of year, clings gamely to its steep slopes and settles uncomfortably into the wet sand of its flatlands, braving the casual brutality of the winter storms that batter its defences and eat away at its fragile soul.

The city's pallid sun, like the dimming eye of a dying man, appears cruel and indifferent so low above the horizon, before it sinks quickly back behind the glowering hills.

It is a time when the ties that bind us to our own stubborn mediocrity pull mercilessly tight.

The forces of the dull have held sway in Dunedin for years now.

The Dunedin City Council, for instance, has foisted upon us annual rates rises of only of 3% or sometimes even less for the past few years.

Now is the time to sever the hand that steadies the ship and begin a new epoch of aspiration, of uncertainty and risk and, most of all, of bold moves and an adventurous outlook.

Now is the time to loosen the purse strings, send rates increases into double figures and fire headlong into the future.

This is how it could be done.

Recreate the Colossus of Rhodes at Port Chalmers

Funding: Port Otago reaped a massive profit in 2014 when it sold its shareholding in the Lyttelton Port of Christchurch for $65.7million.

The Otago Regional Council-owned company could choose to put it to good use, instead of paying off debt.

The plan:The Colossus of Rhodes was a statue of the Greek Titan-god of the sun, Helios, erected in the city of Rhodes, on the Greek island of the same name, in 280BC. It stood over 30m high, but Dunedin could surely do better than that.

Using modern engineering, Port Otago could build a truly humongous colossus that would straddle the dock from the Beach St wharf to the container terminal, announcing to the world and the thousands of cruise ship passengers who disembark at Dunedin's best little port, that it is one of the world's great small cities.

Nothing speaks to the aspirations of our city - our place - more than a proud, enormous, unapologetic naked man.

The original structure, of course, was built to celebrate Rhodes' no doubt brutal and bloody victory in a war with the ruler of Cyprus, Antigonus I Monophthalmus, whose son unsuccessfully besieged Rhodes in 305BC.

Its dedication text talks of a people who "pacified the waves of war and crowned their city with the spoils taken from the enemy''.

In these times when Game of Thrones has inspired the young and attuned them to savage medieval pursuits and lavish and gratuitous nudity, perhaps it is time to get back to the traditional joy of enjoying the spoils of war.

Perhaps such an attitude is what this city needs to face the perils of the 21st century.

There is a need for haste for this project as the Greeks have been planning their own recreation in Rhodes (which sounds like a stupid idea).

Build a second stadium at Carisbrook

Funding: Cash in the city's Waipori fund. The fund is now worth $84million (as of 2016), and is sitting around doing nothing (apart from the odd dividends and whatnot). The rest of the cost can be found by raising debt.

The plan:The common sense inherent in this idea means we barely need to attach explanatory notes. 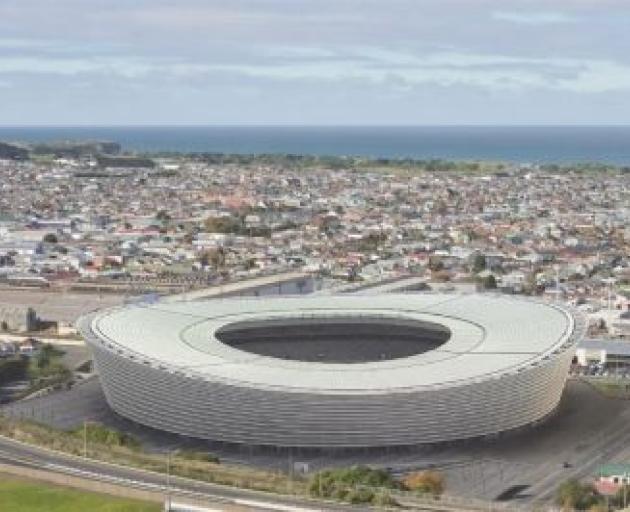 Putting a stadium back in South Dunedin.
But for the wilfully stupid, we would point to the success of Forsyth Barr Stadium, and how that facility has attracted everyone from Elton John to Fleetwood Mac and Black Sabbath.

Creating a competitive environment in the city would only prompt the entertainment industry to try harder, increasing the product on offer.

The new Carisbrook could also compete for games of rugger.

Like the Waipori fund, the land at Carisbrook is sitting around doing nothing, and should be bought by the council using the Public Works Act.

Furthermore, the move would bring back some pride to the people of South Dunedin, who used to have a stadium, but now have nothing but some piles of rubble, a fence and some weeds.

Add a ninth side to the Octagon

Funding: Use the $37.1million budget set aside for the central city improvement programme.

The plan:The octagon is the shape used in a stop sign and, as such, has been holding Dunedin back for long enough.

An octagon is also unnecessarily symmetrical, anathema to the city's arts and music community which likes odd things, particularly numbers.

A nonagon would be sufficiently left-field to attract the sort of creative souls the city needs.

We do not have enough artists.

The project would involve removing some of the facades of the buildings that face the Octagon, but in the lower Octagon only the older buildings, which few care about, would be affected.

The Robbie Burns statue may need to be relocated to the Exchange, mostly just to annoy people.

St Paul's Cathedral and the Municipal Chambers would have to be modified, perhaps with the ageing steps removed from both to allow the expansion.

In both cases these steps have been in place for many years, and both buildings would benefit from new entrances in Harrop St.

Next week: Filling in the harbour: Dealing with the problem of a lack of land in Dunedin.

Ach, a wonderful effigy of Cecil. I'm from Rhodes ia, you know? Zimbabwe.

Quoting: The Dunedin City Council, for instance, has foisted upon us annual rates rises of only of 3% or sometimes even less for the past few years. ( ends)
A joke? Not a funny one for ratepayers on fixed incomes and others struggling to makes end meet. In the DCC Long Term Plan, rate increases were projected to be 5% p.a. over the ten year period which is compounding. See ODT: Rates rise exceeds 5% annual limit.