Many ask foodbanks for help

By John Gibb
0 Comments
Dunedin's foodbanks have experienced a big surge in demand during the Covid-19 lockdown, but bigger challenges may lie ahead.

The city’s three main foodbanks are operating under lockdown conditions, handling inquiries by telephone, and making deliveries, rather than having people visit the individual foodbanks.

Full figures are not yet available, but the foodbanks have faced increased demand, apparently ranging generally from about 16% to about 25%.

The Presbyterian Support Otago Family Works foodbank has handed out about 170 food parcels since the lockdown, up from 145 in the same period last year.

Contributing to the pressures have been the lockdown-related closure of charity shops that generated income, and the unavailability of some other sources of donations during the lockdown.

In some cases, food reserves from Dunedin’s pre-Christmas Can Appeal, normally expected to last beyond mid-year, were being run down. 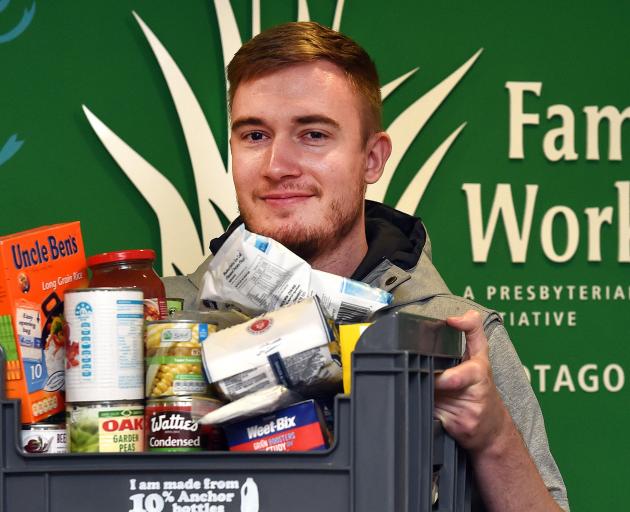 Presbyterian Support Otago Family Works financial mentor Tim Ollerenshaw reflects on rising demand for foodbank support during the Covid-19 lockdown. PHOTO: PETER MCINTOSH
Salvation Army Dunedin community ministries manager David McKenzie said the food demand had been "huge" and that this had been by far the busiest first half of April he had experienced in the past four years.

Demand on Tuesday and Wednesday had been the highest of the lockdown, he added.

Despite the high demand, the Government’s Covid-19 wage subsidy scheme had had a protective effect; the biggest surge in foodbank demand was likely if that scheme ended and greater job losses took place, Mr McKenzie said.

The foodbank had been operating in unknown territory since the lockdown. Some of its previous clients had not been using the service initially, and new clients — a mix of families and individuals — were seeking help.

Dunedin City welfare manager Simon Pickford said 30-40 calls a day from throughout Otago were being received on the Otago Covid-19 Welfare Helpline (08003224000).

More than half of the calls involved Dunedin, and about 20% involved food requests, which were often referred to city foodbanks, he said.