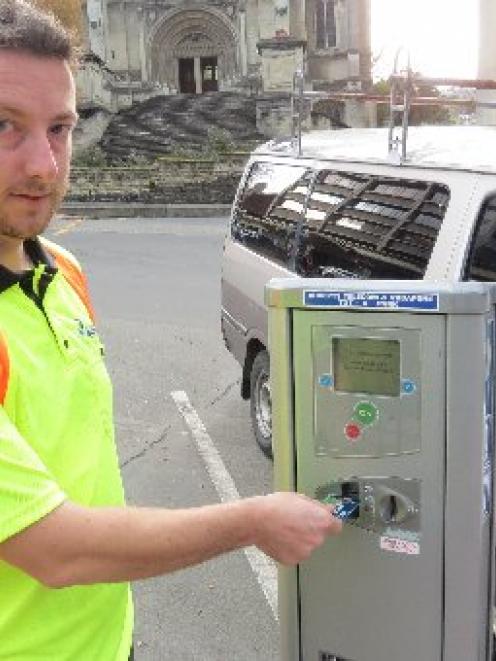 A member of the public contacted The Star after more than once being unable to use a credit card to pay for parking at several Dunedin parking meters.

The caller said the meters failed to read her card with ''monotonous regularity''.

''It's happened to me probably six times in the past week and that's just not good enough,'' she said.

''If you don't have any coins in your pocket, you can't use them [the machines].

''It's frustrating, it's inconvenient, and puts you in danger of copping a $40 parking ticket, which I find infuriating.''

However, she said council staff were ''pretty good to deal with'' when she phoned the DCC call centre to complain.

Council group manager regulatory services Kevin Thompson said the issues with the meters were caused by wear and tear on the card reader.

In some of the older meters, the plastic surface the card was swiped against had begun to wear, which meant moisture got into the machine on wet days and caused it to fail.

About 20 problematic meters in high-use areas had been upgraded with new card readers.

Problematic meters in lower-use areas had a sticker placed over the card reader slot so credit cards could no longer be used. Information was not available on how many meters had been stickered.

Dunedin had 350 meters but not all of these had a credit card facility. Because upgrading the card reader in a meter cost $1500 it was not possible to upgrade all the meters at once, he said.

''As budget permits units are being upgraded in high-use areas,'' Mr Thompson said.

The card reader not working was a valid reason for voiding a parking ticket, even if the driver did not call the council and report the fault.

Alternative methods of payment, such as text-to-park and the old-fashioned coins were still available, he said.