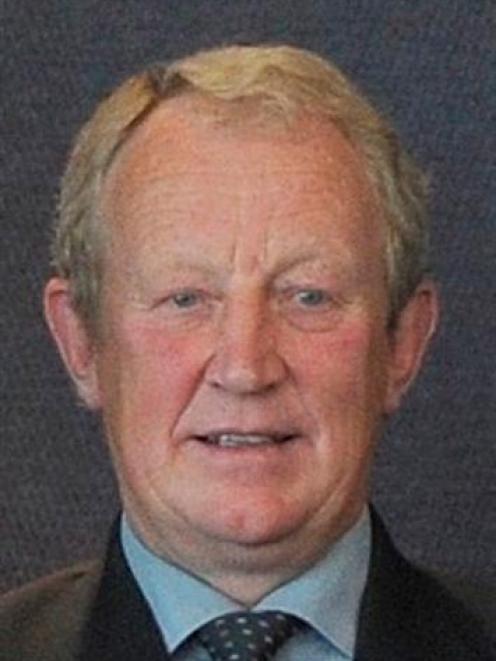 Doug Brown
Ill-feeling over the future of Otago Regional Council's headquarters recurred yesterday as councillors debated the next step in dealing with the issue.

Cr Doug Brown, who led the challenge against the proposed multimillion-dollar waterfront office block two years ago and succeeded in getting it dropped, has again protested - this time against the make-up of a small project control group to be appointed to get the accommodation project moving again.

The council yesterday considered a late report from chairman Stephen Woodhead outlining the background to the office accommodation issue and recommending the council reaffirm its goals for an office block, appoint a control group, have the group provide a project outline for the council in time for consideration in its long-term plan and workshop funding options.

Cr Brown said he was disappointed at the make-up of the control group, given the harbourside project was ill-founded and wasted a lot of the council's funds.

"It's ironic three people on that committee supported it to the bitter end ... [this] needs fresh thinking."

He was concerned those on the group would "filter" the information that came back to the full council and turned down an invitation to join the group, instead suggesting Cr Bryan Scott, who had project management experience, be included.

Cr Butcher said as he felt "barbs" were being pointed at him due to his "strong advocacy" of a new building he would withdraw his name from consideration.

Cr Woodhead said the control group would not have the power to make decisions and there would be no attempts to "skew" the information.

"I've dropped the baggage from the previous ..."

Cr Kempton said the control group needed to be small and needed to move forward quickly.

To do this, it was important a project manager, independent of the council and with no involvement in the previous project, was hired.

This person would take a fresh look at the history of the project and suggest ways forward to council that "might surprise".

Cr Shepherd said he would take a "clean slate look" at the matter.

Cr Scott said he was willing to take part and suggested that up to three project managers be interviewed by the full council for the job.

"Like it or not, this project will have a bit of baggage with it."

Councillors said the project had some urgency, and Cr Louise Croot urged a December deadline for a report back to the council, although it was suggested that could be difficult, given it was only six weeks away.

However, the timeline was tight as funding for a new office block, or whatever was decided, needed to go into the long-term plan and the deadline for that was mid-February, Mr Martin said.

Cr Kempton believed a review of the council's past work on the project, a council workshop and a "succinct" three paragraphs on what was intended, and the financial contribution needed, could be done by then.

The council, except Cr Brown, passed the recommendations including replacing Cr Butcher with Cr Scott on the project group.