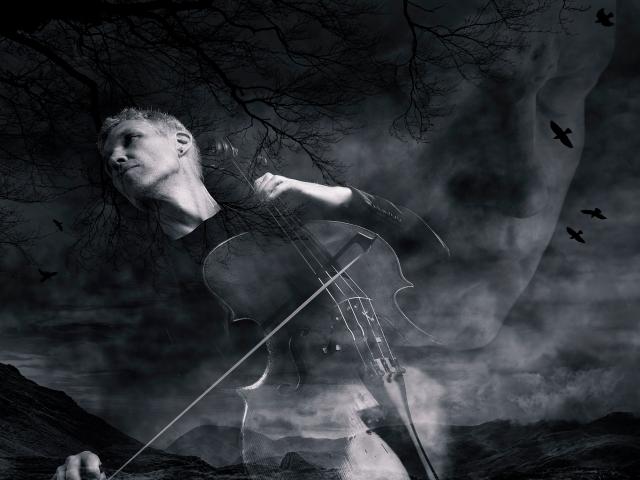 They say every cloud has a silver lining and for Australian-based Umberto Clerici, Covid’s silver lining has been a change in career direction. He tells Rebecca Fox about taking up the baton.

Otago designers shone at the Hokonui Fashion Design Awards, in Gore, particularly in the the Upcycled section, finds Rebecca Fox.

Five new theatre residencies have been awarded to allow Dunedin practitioners to develop - rather than perform - new work. Rebecca Fox finds out what that means for those involved.

The Dunedin Arts Festival launched its programme this week, featuring international guests for the first time since Covid-19 hit. Rebecca Fox talks to one of them - Australian circus performer Malia Walsh.

The NZ Restaurant Association announced the finalists in the inaugural Otago Hospitality Awards last week. The results came as a big surprise to one finalist in particular.

Food plays a huge part in people’s identity and connection with a place, so Dunedin’s Precinct Food is out to investigate what foods people feel are part of the city's history and culture.

Three of Dunedin’s upcoming musical stars will have the rare opportunity to perform solos with the Dunedin Symphony Orchestra at the Dunedin Town Hall in Mozart’s Monster Mash.

Settling in to her new job as head of Dunedin’s Hocken Collections, Catherine Hammond is also discovering Dunedin.

Chef Marcus Verberne has returned to the place he calls home after more than 20 years cooking in some of London’s best restaurants.

Lithuanian musician Simona Smirnova is on her fourth visit to New Zealand but her first to Dunedin this month.

American nutritionist Diana Rodgers, a proponent of the need to include animal products in a balanced diet, is in NZ to help farmers push back at the idea meat and dairy is unhealthy.

Having her New Zealand husband at her side through a music career in the United States, Nikki Hartliep is now returning the favour.

Auckland artist Deborah Rundle uses text to investigate ways in which power plays out in the social and political domain in her work on show at two Dunedin art galleries this month, finds Rebecca Fox.

There aren't many art mediums Sorawit Songsataya hasn't tried, and they are revelling in the time that being the Frances Hodgkins Fellow is providing for them to investigate more, discovers Rebecca Fox.

Veteran New Zealand actor Michael Hurst is excited to be on the road again with his one-man show The Golden Ass.

The world’s first taonga pūoro concerto will be performed in Dunedin on Saturday as part of the Dunedin Symphony Orchestra’s celebration of Matariki.

The Dunedin Arts Society is keen to encourage young artists to exhibit, so this year introduced the Elizabeth Howie Young Artist Award for emerging artists under 30 at its annual exhibition....

Artist and writer Gregory O’Brien jumps at any opportunity to come south, so he is looking forward to giving a talk in Dunedin.