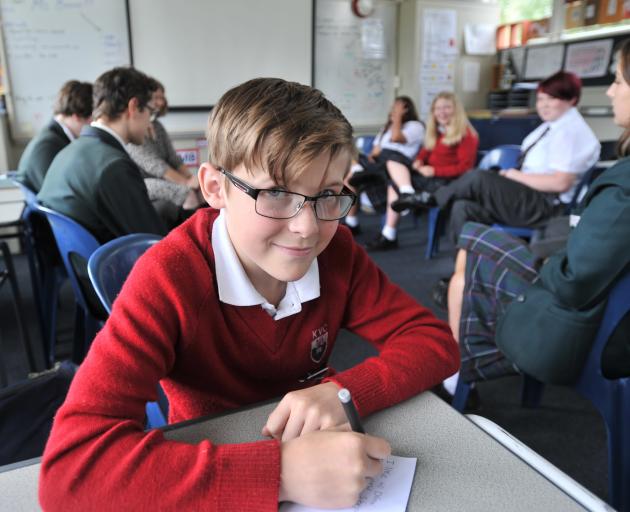 Principal Rick Geerlofs said Kaikorai Valley College had historically followed this form of pastoral care, but this year it was decided to establish a relatively new system called Whanau Groups.

‘‘Over the past 12 months we have been investigating a possible restructure that would see the partnership between school, student and whanau being strengthened in a way that brings about more ownership of learning, improved wellbeing and academic outcomes for students.’’

He said under the previous form class system, the roll was marked, daily notices were given, other administrative tasks were done, and form teachers were able to follow up on any pastoral matters.

‘‘This time was not always productive and in some cases became down-time for the students.

‘‘Under the new structure, students ... will be evenly divided into mixed year-level whanau groups.

‘‘These groups will be much smaller in size [10-12 pupils] and will be far more focused in the way the time is used.’’

He said the group meetings would focus on ensuring pupils were set up for the week’s activities, assessments and other appointments; whanau teachers would individually conference with their pupils about pastoral matters, their wellbeing and academic achievement, and what support could be given.

‘‘The conferencing will see students begin to take more ownership of their learning and eventually they will take the lead in driving three-way conversations with parents and teachers.

‘‘They will have a far more informed knowledge of exactly where they are in terms of their learning and what the next steps should be.

‘‘It is also envisaged that senior students, over time, may take on a teaching or mentoring role with the younger students in their whanau groups, allowing them to build some leadership skills.’’

Mr Geerlofs said whanau teachers would remain with their whanau class year after year, meaning pupils would have the same teacher from year 9 to year 13.

‘‘It will also develop a strong bond over time, where the whanau teacher has a very in-depth understanding of the students’ needs and abilities.’’