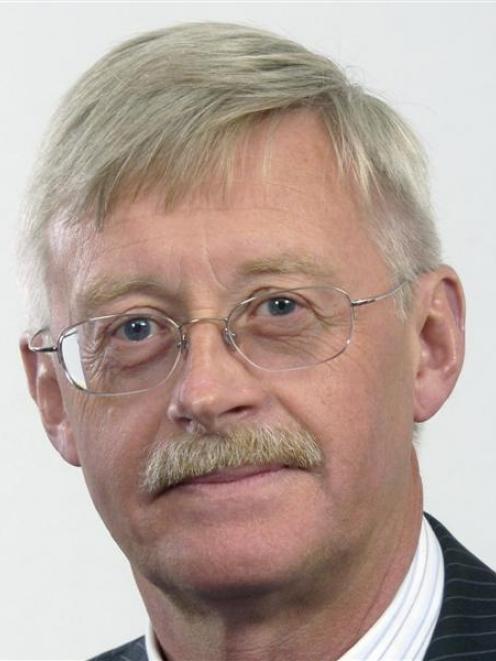 Chris Staynes
The Dunedin City Council should consider a one-year moratorium on cash from its companies while it changes the way it budgets for the income in future, deputy mayor Chris Staynes says.

And, to avoid the one-off hike in rates bills across the city that would follow, the council could consider selling something to offset the drop in income from its companies, Cr Staynes told the Otago Daily Times yesterday.

He was commenting after Dunedin City Holdings Ltd group unveiled annual results on Wednesday, which showed the company recorded a $5 million loss in the 2011-12 year.

The result was blamed on difficult trading conditions and write-downs in the book value of investments by Delta and City Forests - including a timber mill at Milburn and property at Jacks Point and Luggate - of $12 million.

DCHL still paid its expected $23.2 million in cash and dividends to the council and Dunedin Venues Ltd, and was on track to meet its next $15.7 million obligation without borrowing and while still recording a profit, DCHL chairman Denham Shale said.

However, Cr Staynes said yesterday he believed the results showed the council should consider a new approach when budgeting for dividends.

Instead of including forecast dividends from DCHL in council budgets for the coming year, the council should wait a year - until the next dividends were confirmed - then resume budgeting for them in future years based on cash in the bank, he said.

That meant the council would have to go without dividends completely for a year to make the switch, which risked driving up rates, but an asset sale to free up capital might be "one possibility" to bridge the gap, he said.

"Then after that you actually know what you have to apply to rates and the risk is gone."

Cr Staynes did not favour selling assets to reduce debt, but was open to selling underperforming assets to reinvest in others providing more reliable returns.

Asked if City Forests was a candidate, given its fluctuating returns, he said that was not necessarily true, but advice was needed from DCHL before any decisions were considered.

"It seems to me that you're kidding yourself if you always take a dividend based on your forecast, and not on your actual [profit].""But it's how you reverse that cycle without sending the ratepayers a bigger bill.

"We need to think about how we might achieve that," Cr Staynes said.

Cr Syd Brown, chairman of the council's finance, strategy and development committee, said a switch would make life easier for the council once completed, but the transition would be too difficult to be workable.

The council would be left $15.7 million short if it occurred this financial year, and would have to increase rates or sell an asset to cover the gap, he said.

If an asset was sold, the council would be left without the dividend stream from it in future years, he said.

"Cash is king. We need cashflow ... If you sell something, you sell the revenue stream that goes with it.

However, the write-downs changed only the book value of the investments, did not necessarily affect future dividends, and were part of a "healthy" process, he said.

"It's good to get these things out, in commercial terms get the monkey off the back, [and] have a more realistic valuation on their books."

The results did not raise additional concerns about the health of the DCHL group, and nor did it make the case for asset sales any stronger, he believed.

DCHL's board was reviewing the mix of assets within the group, and would report back with any recommended changes by early next year.

Mr Cull said nothing was "on the table" yet, but the "bottom line" was the companies' dividends to the council.

If DCHL decided the mix of assets was not "optimal", that could lead to changes, he said.

"Theoretically, asset sales are one of those things, but nothing's on the table because they haven't come back to us."