'No civil defence' to help 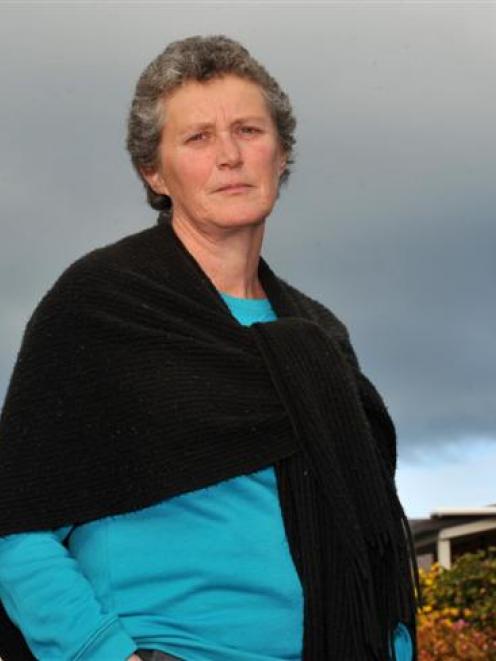 Bay View Rd, Dunedin resident Trina Lyon was unhappy about the confusion over where to get help during last week's floods. Photo by Gregor Richardson.
The civil defence response to last week's flooding in southern Dunedin was neglectful and left hundreds of residents to fend for themselves, Dunedin South MP Clare Curran says.

Ms Curran, who was in Wellington when she got word of the flooding, said she was stunned to see the lack of help being provided for residents when she got back to the city.

''I watched the floodwaters moving in and I watched people's homes being flooded, and there was no civil defence,'' Ms Curran said.

''There was nobody down there to assess the situation at the time.''

After helping with sandbagging efforts with the St Kilda Surf Life Saving Club for about two hours on the day of the flooding, Ms Curran said she was told civil defence had left the situation in the hands of support services earlier in the night.

She said there could have been some ''more practical'' help.

''There could have been some reassurance for people in a very scary event where there was a population of vulnerable people. They could have at least told people to evacuate if necessary.

''I believe the extent of the issue was not acknowledged because civil defence had shut up shop.''

Ms Curran said a team of people was ''fighting a losing battle'' sandbagging in a bid to protect homes.

People who asked the council for help were told to buy potting mix and do the sandbagging themselves, she said.

''They were told to self-evacuate and to make the judgements themselves.''

Ms Curran said she was supportive of recent council efforts to assess people's homes following the flood, but that should have started earlier.

''That should have at least started on Friday or Saturday - that's when people were grappling with the fact they had lost their possessions or were ripping up carpet and didn't know what decisions to make.''

She said she rang the council requesting sandbags on Wednesday afternoon and was told to contact the fire service.

They directed her to civil defence, which advised her it did not provide sandbags but the council should.

She had since learned the sandbags were available at the St Kilda Surf Life Saving Club.

''But that doesn't mean that nothing's happening - there is still the ability for the public to make contact and make inquiries with the fire service, police and the council,'' Mr Brown said.

''At 2am [the next morning], I ordered police to do a full reconnaissance of the affected area. I went out myself in the early hours of Thursday morning, so did police and so did the chief executive of the DCC.

"We established re-activation was not necessary and reopened 5.30 Thursday morning to begin recovery planning.''

He said Ravensdown offered 7000 sandbags to the operation.

It was agreed they would be distributed to the St Kilda Surf Life Saving Club to be deployed or picked up as necessary.

People who called the council for sandbags should have been directed there, Mr Brown said.