No covenant for this Ark 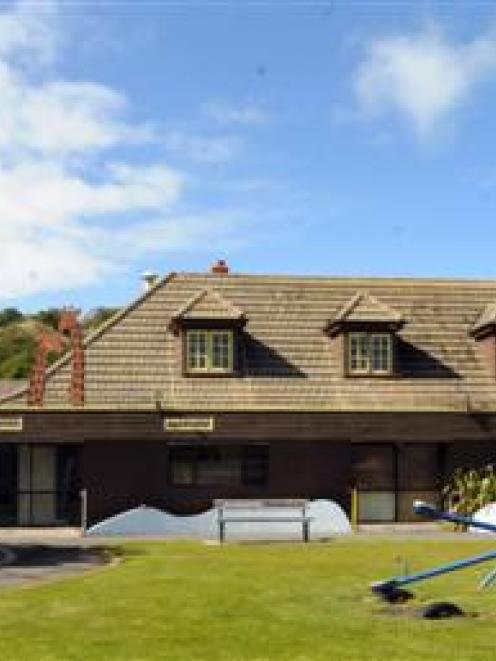 Noah's Ark Cafe at the Marlow Park playground, near Dunedin's St Kilda beach, looks set to be demolished. Photo by Peter McIntosh.
God may have commanded the construction of Noah's Ark, but it appears only divine intervention can save Dunedin's version of the vessel.

The 64-year-old building which houses Noah's Ark Cafe at the Marlow Park playground, near St Kilda beach, looks set to be demolished at the Dunedin City Council's instruction.

Council community and recreation services manager Mick Reece said consultants had confirmed the building - built in 1945 - was "a waste of time", with much work required to bring it up to a safe and code-compliant state.

The old cafe had been empty since October, when the most recent tenants quit the site after a dispute over rent linked to complaints about the closure of nearby John Wilson Ocean Dr to vehicle traffic, he said.

An assessment of the building had since found it was in "below average to poor condition", and upgrading or replacing the building would cost at least $1.46 million, a council report said.

Mr Reece said there seemed little point in spending the money when the council was yet to complete long-term planning for the control of erosion in the area.

"The engineers are saying that structurally the building is not good . . . it's grotty and would need substantial work done to it to come up to code compliance for the public," he said.

Instead, the report by council parks and reserves team leader Martin Thompson recommended removing the cafe and an adjoining dwelling, while retaining the existing toilet block for use by beach-goers.

A recent council public toilet review had identified new toilets at Marlow Park as a priority, but no funding had yet been budgeted for the work.

Demolishing the cafe and dwelling would cost an estimated $60,000, but a food stall on nearby Kettle Park would be made available for use by mobile vendors on a trial basis over summer.

Mr Reece said mobile vendors were becoming "more common" in the city, and seemed a good option for providing food and drinks in the popular beach area.

The report would be considered by the council's community development committee on Tuesday.