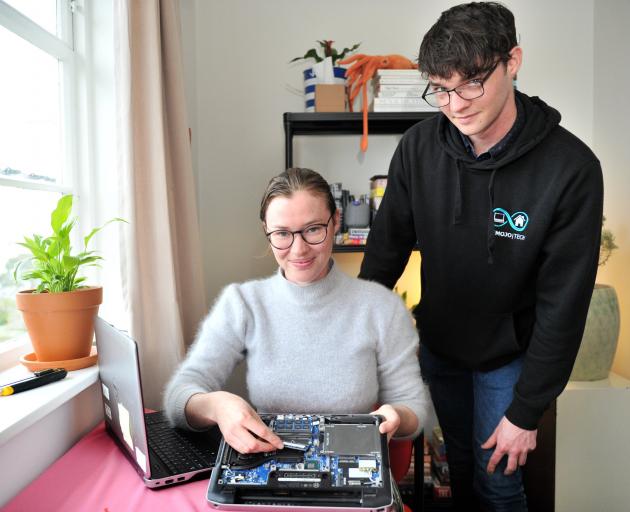 Set up during the nationwide lockdown last year, Recycle a Device (Rad) is a project with with the goal of closing the digital divide for school pupils and young people in New Zealand by not only redistributing used laptops, but also teaching the engineering skills needed to refurbish the laptops themselves.

The project is co-chaired by Otago University first-year student Owyn Aitken, who is partly responsible for the inception of Rad, which grew from an initiative Mr Aitken created as part of the Young Enterprise Scheme in his school days, called Remojo.

“When we were forming the seeds of the project in Aotea College in Wellington, we saw the problem ourselves with friends stuck at home not having access to a device”.

“[Pupils] who otherwise wouldn’t get a chance to actually pursue those career paths have the chance to learn how computers work and get a hands on in-depth insight into those things. It’s one of my favourite parts of the programme”.

The 18-year-old built his first computer in year 9, with the help of his friend, and now colleague, Hadi Daoud.

Rad is bridging a gap highlighted by the pandemic.

“Last year, the New Zealand Government put out figures saying that over lockdown around 100,000 students didn’t have access to devices or internet connection.”

At the helm of managing device donation is Rebecca Harris, donor liaison for Rad.

She spends her time co-ordinating contributions from an individual level to institution and corporation scale.

“I know how many people have old devices lying around and they genuinely don’t know what to do with them”.

“The university has generously donated some old devices”.

The donation was expected to be ongoing.

Having access to computers was increasingly crucial for young people.

“It’s everything; internet banking, even developing your interests and your personality and understanding your role in the world,’’ Ms Harris said.

A call for second-hand devices for the programme was put out this week by NZTech, an alliance representing organisations that span New Zealand’s tech-scape.

“It is so difficult for many students in Aotearoa to access a device for lockdown-learning,” NZTech chief executive Graeme Muller said.

While Mr Muller believed more Government funding should be put towards the cause, he also urged Kiwis to seek out organisations such as Rad to provide laptops and their chargers.

“The tech sector is growing so fast and creating so many new jobs that we need to make sure as many New Zealand students as possible have the opportunity and devices available so they can get on to the pathway to high-paid, exciting jobs in tech.”