One dead, six injured in crash near Karitane 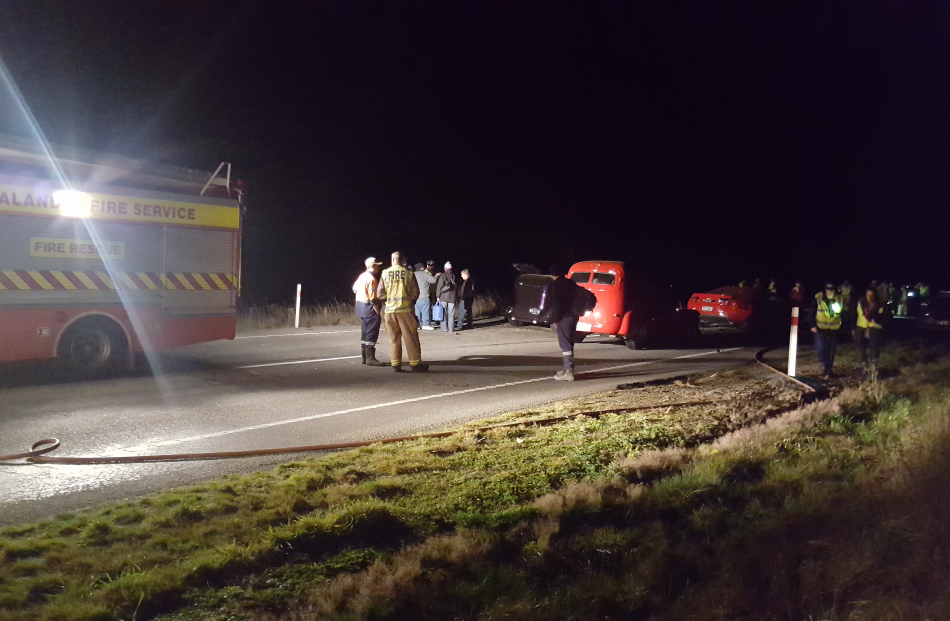 Emergency services at the scene of the crash, near Karitane. Photo by David Loughrey

A 64-year-old man from Kaikoura is dead and another person is critically injured after a four-car crash north of Dunedin.

St John communications centre manager Andy Gray said one person was dead, another critically injured and up to four had received minor or moderate injuries.

The crash happened near Hawkesbury Village, near Karitane, at 5.56pm this evening, he said.

Emergency services personnel at the scene confirmed the fatality.

Two people - one with critical injuries and one with serious injuries - were flown to Dunedin Hospital by helicopter and two with moderate injuries were taken by ambulance.

The remainder had minor injuries and were not transported.

It appeared a car had crossed the centre-line, which led to the crash.

Traffic is backed up to the north and south of the crash near the intersection of Apes Rd and State Highway 1, about 30km north of Dunedin.

It appeared at least one car was down a bank, while others, including two hot rods and a sports car, were damaged in the crash.

State Highway 1 has been closed between Church and Coast roads, and diversions are in place.