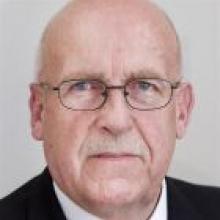 David Benson-Pope.
The Dunedin City Council needs to carry a bigger stick to encourage owners of dilapidated buildings to care for them, a Dunedin city councillor says.

Cr David Benson-Pope this week asked for the council's rates and funding advisory panel to consider ways the rates system could be used to "encourage better behaviour" by owners.

Some property owners were leaving "eyesores in our streets", which was of particular concern in the city's heritage precincts, he said.

Cr Benson-Pope was speaking at the end of Tuesday's finance and council-controlled organisation committee meeting, when councillors were able to raise any items of interest with the chairman, Cr Mike Lord.

Cr Lord said the request would be considered, while Cr Lee Vandervis asked if Cr Benson-Pope wanted to focus on incentives or penalties.

Both, Cr Benson-Pope replied, saying the good work of many building owners was acknowledged.

The council was proposing to increase funding to support building owners as part of its draft 10-year plan, but it needed some "sticks" as well as the "carrots" it already offered, he said.

Cr Benson-Pope's comments came after he called in January for a row of derelict Princes St buildings left empty for years to be redeveloped before they collapsed.

The buildings at 372-392 Princes St were owned by Christchurch property developer Luke Dirkzwager, and already had consent for redevelopment, but had been empty since 2009 and were badly degraded.

Cr Benson-Pope also signalled in January he wanted stronger council rules for people who "just land-bank valuable and important strategic properties until they fall down".

One possibility he floated was a special rating area, allowing the city to undertake work at the owners' cost to improve or shield buildings from view.

The rates and funding advisory panel was due to meet on Monday, but Cr Benson-Pope's request was likely to require further investigation before being discussed in detail at a subsequent meeting, staff said yesterday.

A big YES. So glad this is being taken up. We who live here are sick of these eyesores by people who are just land banking to make profit.

How about. the DCC and its sold off companies do the same!!! The DCC have been allowed to do the same except with the vital Maintenance of Drains, Power pole etc, they are still the foundations to the Village of Dunedin and should have been unkept, monitored and been reported to the Council to be tabled at monthly meetings. It is not the Rate payers fault the DCC have failed again yet are expected to pay again. Look at the bigger picture Benson-Pope and use the same big stick on yourself, Cull and the such like. Take a step back - Why should a building owner spend coin on doing up a building only to have the drains fail cause flooding, slips and damage the work they have paid for.

There's also the possibility that the owners / developers haven't got the funds to proceed with any major project at present and I don't see why the Council is talking about making extra funds available for developers to get on with it.

I am assuming, but stand to be corrected if I'm wrong, that the funding will be met by ratepayers, in part or fully. If this is the case, why are the ratepayers giving developers a helping hand ... maybe the hat could be passed around at the next Council meeting (yeah right). Fine the developers if you have to, but please understand that some ratepayers are on low incomes and any large increase in their rates bill can have dire consequences.

There's also been a few (lost count) developments getting knocked back by Council because of the red tape that has to be gone through to get the green light so work can begin. Whether these buildings were purchased before or after the Christchurch eathquake makes a big difference as well, pre eathquake developers couldn't forsee the cost associated with bringing the buildings up to post earthquake requirements.

It may not be a case of developers not wanting to, rather, a case of not able to ...