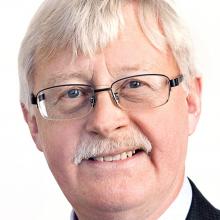 Chris Staynes.
Dunedin is "on the cusp" of something special as activity in the city's business start-up space grows, the Dunedin City Council says.

The endorsement came as councillors at this week's economic development committee meeting voted to authorise the allocation of $150,000 to the Startup Dunedin Trust.

The money, from a proposed budget of $360,000 earmarked for the Grow Dunedin Partnership (GDP) in 2019-20, would pay the salaries of trust staff working to support start-up ventures in the city.

The trust was a non-profit organisation created as a GDP initiative, fuelled by the priority given by the partnership to developing the start-up "ecosystem" in Dunedin.

And, in the last year, there were positive signs activity in Dunedin's start-up space was on the rise, councillors were told.

That included the launch of the Challenger Series, an incubation programme that had supported three start-up companies - Paper Not Foil, The Pet Bistro and Elixir.

All three companies were supported by Deloitte, Gallaway Cook Allan, and local and national entrepreneurs, and were now internationally active.

Other initiatives included the Co.Starters support programme for start-up and existing small business.

He had feared the first allocation of $200,000 had been dumped "into a big hole in the ground", but the city now had the strongest eco-system to support new business ventures in its history, he believed.

Cr Jim O'Malley agreed, saying initiatives to support start-up ecosystems were "notorious for consuming money and delivering nothing", but Dunedin's was showing real signs of delivering.

Although the council had a role to play in funding such initiatives, it was also time for the Government to "step up" with more support for start-ups in Dunedin, he believed.

Callaghan Innovation, a Crown entity tasked with supporting business innovation, has provided funding for business incubator activities in Dunedin, but more cash and a permanent presence in Dunedin was needed, he believed.

Cr Andrew Whiley also wanted to see more funding allocated, beyond the approved $150,000, but was excited to see "some incredible things happening" in the city's start-up space.

Cr O'Malley said the results would be about more than business success.

"It's about creating a city to live in," he said.