The streetscape began to change after a group of heritage-focused building owners began lobbying the council for change about 10 years ago. PHOTO: GREGOR RICHARDSON
The revival of Dunedin’s warehouse precinct features strongly in a new Heritage New Zealand how-to guide for protecting New Zealand’s built heritage.

Because Dr Hazelton was a key figure in the revitalisation of the Dunedin warehouse precinct, the area features prominently in his 97-page book Saving the Town. 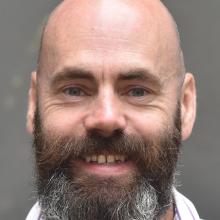 The former Dunedin City Council planner notes the streetscape began to change after a group of heritage-focused building owners began lobbying the council for change about 10 years ago.

"A small number of successful adaptive reuse projects in the area gave the council and other building owners confidence that a new approach could be timely," Dr Hazelton said.

"In response, the council developed the Warehouse Precinct Revitalisation Plan along with stakeholders and the broader community to work towards a staged approach to revitalising the area.

"The plan was two-pronged — address the underlying issues constraining the reuse of the historic buildings, and create incentives and interventions to encourage greater private investment in the area."

Between 2012 and 2016 the council committed $1.6million, and facilitated an estimated $50million of private investment in the area.

At-risk buildings were restored and reused as hundreds of new workers and residents moved in.

"These buildings can become drivers of broader positive change including economic growth," he said.

the Dunedin Heritage Fund continued to support work "all over town".

He was "particularly keen" to now improve the redevelopment of inner city accommodation.

"We also want to make sure that the vacant space upstairs in the central city is converted into accommodation because of the demand for that sort of inner city living."