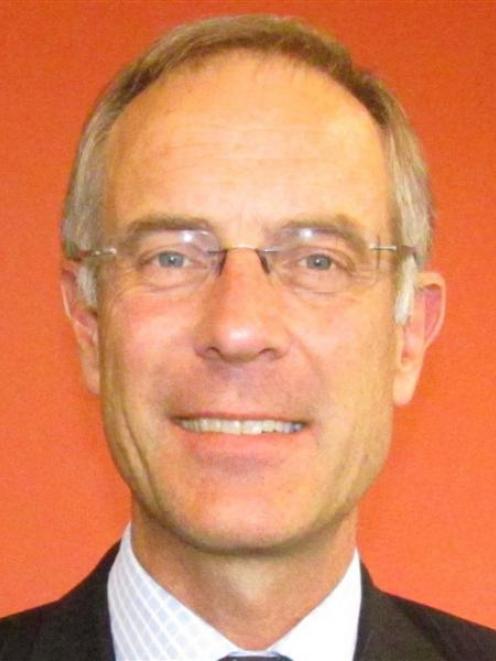 Frazer Barton.
Presbyterian Support Otago has confirmed it will lose more than 460 staff as a result of being dropped from home-based support work, while it plans further reviews of its corporate structure.

''We are still coming to terms with losing the service, but it's time to look ahead. It will be a bumpy road and there will be adjustments and disruptions as we transition to a new way of doing things,'' Mr Barton said.

Staff numbers would reduce from 1162 people to 700, which included a small number of job losses from an ''infrastructure review'' completed last week.

Chief executive Gillian Bremner said the organisation would review another three areas of corporate services in the next six months.

The organisation was exploring increasing day programmes for older people, she said.

PSO was surprised and disappointed late last year to be left out of Southern District Health Board's new home-based support service, for which it held a $5.5 million annual contract.

PSO's share in the home-based service is being phased out as part of the health board's four-month transition from 17 providers to three.

This would be completed by June 1. Most staff were transferring to jobs with other providers.

''It is very pleasing that the majority of Enliven staff, including most co-ordinators, have been able to transfer. This is real recognition of the skills and training of the staff,'' Mr Barton said.

However, several service co-ordinators had missed out, because the new providers had been unable to employ them, due to capacity and new contract requirements.

PSO elected to exit home-based support contracts with ACC and the Ministry of Health, which accounted for 10% of its home-based service, as they were no longer sustainable.

''It was a difficult decision to make but we wanted to ensure that client and staff relationships were maintained wherever possible.

''Some support workers were working with clients funded by three different agencies and could potentially have had three different employers. This has clarified things for them,'' Mr Barton said.

It affected staff involved in finance, human resources, administration, marketing, and management support, and was sparked by the loss of the home-based service.

The bulk of the Dunedin and Mosgiel home-based service is switching to the Royal District Nursing Service NZ.