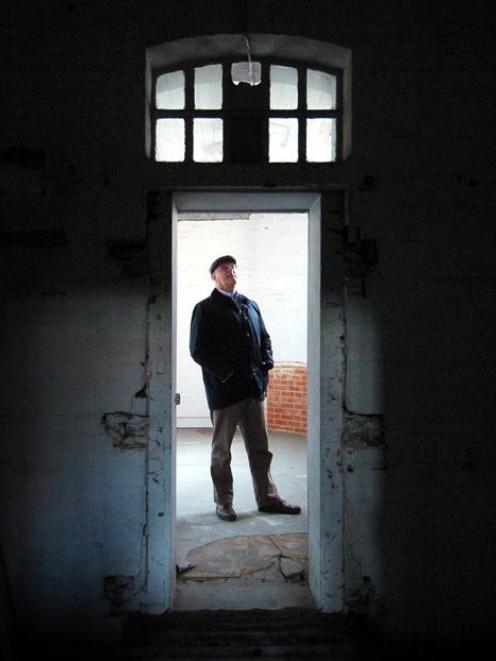 Sir Neil is a former chairman of English Heritage and an internationally renowned adviser on heritage policy and management.

When asked what he thought of the lower High St building, he said: "I think it is outstanding, actually".

"You already have the beginnings of a historic precinct and the prison could be a really significant addition.

"An entrepreneur and a very good architect could make something of it, so that it would become a terrific asset to Dunedin."

The building was decommissioned in August 2007, after operating as a prison for about 111 years.

At the time of its closure, it accommodated about 59 medium-security prisoners and 40 remand prisoners.

It has a category 1 historic rating and is worth about $1.8 million, according to Dunedin City Council rating information.

Ngai Tahu has the first right of refusal, but has not yet been offered the building.

"If you scrape away the modern additions, you have a fabulous example of Victorian architecture."

The best way to redevelop such a building was to "more or less" forget its original purpose and then think of all the possible ideas for development.

Sir Neil said there were "dozens" of 19th-century prisons which had been modified.

The Oxford Prison, in England, was a good example.

It had been made into a boutique hotel and each room had its own original features, such as cell doors and windows, but these were offset with luxury features such as flat screen TVs and mood lighting.

"This building is hot property and, in that sense, it is worth doing something really imaginative with."

The "rhythm" of the cells could be retained by keeping the external features and knocking down interior walls to make bigger rooms.

The building also had an advantage in that it was smaller than many prisons, which made it easier to redevelop.

Sir Neil suggested the central part of the prison building could be cleared to make way for a glass atrium, which could house something such as a restaurant.

The yard area to the south of the building could be used for a modern addition and entry to the building and for parking.

The advantage of the building's position was that it was not tightly constrained by neighbouring buildings.

Sir Neil said he had also visited a prison in Mexico, which had been turned into an art gallery, with the central outside space used to house sculptures.

The worst thing would be if Dunedin's building was subdivided.

Mr Graham said a consultant would visit the building next week and assess which items were of historic value, before reporting back to the Crown.