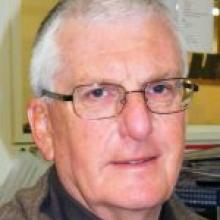 Bill Dolan
The lack of a "strong heritage champion" around the table of the Queenstown Lakes District Council is a concern to the Queenstown and District Historical Society and agencies in the heritage field, the society says.

Society chairman Bill Dolan, of Arrowtown, said the absence of a championing councillor was especially significant given the proposed creation of the Wakatipu Heritage Trust, a not-for-profit conservation body modelled on the successful Wakatipu Trails Trust.

The society pledged to continue to contribute to the formation of the trust alongside the council, the New Zealand Historic Places Trust, the Department of Conservation and the Lakes District Museum.

The chairman said while some ground had been lost given the council's pressing financial and other policy priorities and the society no longer had easy access to the mayor and council chief executive following the changes at the top, the society's new strategic direction over the past year reaffirmed the "strong advocacy and advisory role" to which the society aspired.

"As noted last year the emphasis has moved away from large-scale developments that often posed a direct threat to our heritage and shaped the society's responses to those threats, to a situation where the society is more closely co-operating with other agencies with a shared interest in heritage matters," he said.

The 2012 calendar was designed to reflect next year's 150th anniversary of the discovery of gold in Otago, the establishment of Arrowtown and the launch of TSS Earnslaw.