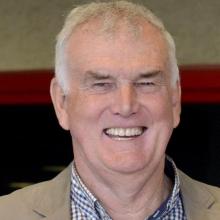 His decision has left Wanaka councillors and boating operators "deeply concerned" about water safety at a time when between 400 and 800 boats launch in Lake Wanaka a day.

Mr Donaldson had previously worked with former harbourmaster Marty Black, whose company SMS Waterways held the harbourmaster contract for the lakes until earlier this year.

Mr Donaldson resigned last week. He told the Otago Daily Times he was employed by Cougar to be an authorised Maritime New Zealand trainer on jet ski and boating behaviour, but his new contract with the Cougar team was "not working".

He said he raised concerns in November about Cougar’s lack of experienced and trained backup for him in Wanaka. He resigned because it had taken too long to resolve the situation and he felt unsafe without experienced colleagues backing him up.

He had been told two people would start this week "but it is too bloody late to train people now".

"I just felt for the community’s safety and my own safety. I couldn’t continue to work for them," he said.

Mr Donaldson’s decision to go was "a loss" but he was still speaking to him, Mr Campbell said.

Wanaka would not be left without a harbourmaster. There were experienced people who could be called on, he said.

Craig Blake, who used to work for SMS but did not transfer to Cougar, confirmed yesterday Cougar had approached him with a work offer.

He was considering the offer and waiting for more information, he said.

It is understood Cougar does not perform the same functions as previous contractor, SMS, which could investigate and audit for Maritime New Zealand as well as enforce water behaviour for the council.

Mr Campbell said he did not know the differences between his and SMS’s contract.

Cougar’s focus was on education, boat speeds, life jackets and bylaw compliance and did not do investigations, emergency calls or issue tickets, Mr Campbell said.

Cougar staff reported any issues to the council, which would issue an infringement notice, he said.

‘‘Marty used to wear a lot of different hats. We only wear one hat.’’

The council was working to ensure there would be no loss of service in the Upper Clutha over the summer.

‘‘It is also important to remember that the role of the harbourmaster is different to that of coastguard and other emergency services. In an emergency situation people should call 111 or, for non-emergency coastguard matters such as a broken-down vessel, call *500,’’ Mr White said.

Locals have criticised the new system, saying since Mr Black’s departure any reports of issues on the water have to be made directly to the council, which, in turn, refers it on to Cougar.

A Wanaka tourism company director, who did not want to be named, said the new system did not work well and was slow to respond to reports of concerns.

Wanaka district councillor Calum Macleod said he had been trying to get things sorted for about six months.

‘‘To try to solve this now, this is not the time. This should have been solved two months ago.’’

He said councillors could not interfere with contracts, though he had had several discussions with regulatory manager Anthony Hall and chief executive Mike Theelen about his concerns.

‘‘In my opinion there is a systemic issue [with the way the system now operates].

‘‘Every time I have asked [the council], the reasons I am told ‘we are changing to a new system, there will be changes, judge us on our performance in the summer’.’’

There is no place for a contractual system to run emergency or policing type services.
We have our fire service totally funded by those who bother to have insurance.
Our ambulance services a tendered out and hence St John put in cheaply to run, then cry charity.
Coastguard & Surf Lifesaving are volunteers who some are paid by Council grants and the rest sponsorship.
Rescue helicopters get paid by DHBs for hospital transfers & ACC for accidents but the rest donations and a one off huge govt grant.
And water safety & policing on the lakes contracted out on the cheap by Council.
A typical pass the buck mentality we have in NZ.
The results will be obvious.
But sadly 99% of the public are oblivious, ignorant nor care.