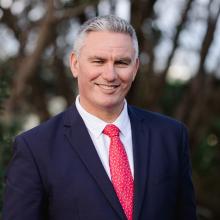 In his first major speech since taking on the portfolio, Mr Davis told a Tourism Industry Aotearoa conference in Wellington yesterday a levy on international tourists was one way of responding to the sudden growth in visitor numbers.

It would also ensure a sustainable source of funding for tourism infrastructure, conservation and training tourism sector workers.

``There has been substantial growth in the tourism sector over recent years that has exceeded expectations of both the private and public sector.

``As a consequence, shortfalls in services have emerged in some locations. We know the regions need improved tourism infrastructure, from toilet facilities to car parks to telecommunications.''

Announcing the policy in August, Labour's then-tourism spokesman Kris Faafoi said a $25 levy would raise an estimated $75million a year.

Because Labour and New Zealand First's coalition agreement is silent on tourism, Labour's policy is expected to prevail.

Encouraging visitors to explore less-visited regions would ``relieve some of the pressure on the busiest spots''.