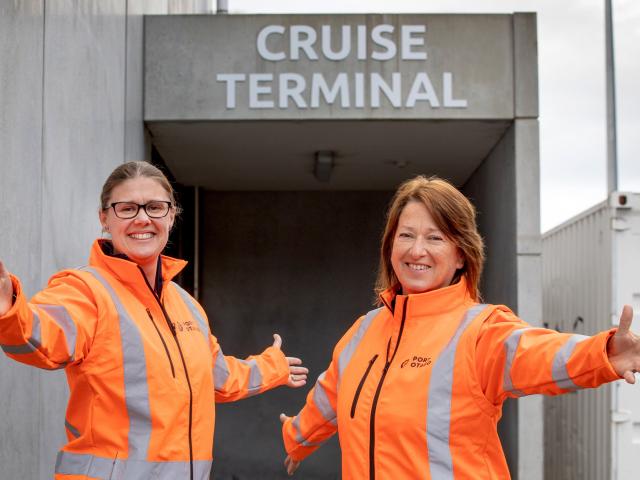 Cruise ships will be sailing back into Otago’s waters this summer.

New Zealand guest nights rose in May to a reach a record level for the month, driven by higher local stays across the country and more international tourists in the South Island.

Maori input into the likes of conferences and events needs to go beyond "haka, hongi, hangi and pukana''.

The tourist boom of the past few years has helped underpin growth and prosperity in New Zealand.

The Otago Peninsula Trust has appointed Sophie Barker as its new marketing manager.

A collaboration between the New Zealand Transport Agency and southern organisations is aimed at reducing the high rate of death and injury road crashes in the South caused by overseas drivers.

In a blow to Dunedin's travel and tourism industry, direct flights to and from Sydney and Melbourne this summer have been dropped.

Betterways Advisory Ltd has hammered another nail into the coffin of its Dunedin waterfront hotel project by withdrawing an appeal to the Environment Court.
The new Dunedin marketing agency to co-ordinate tourism, events, investment, skills and migrant promotion efforts for the city will be known as Enterprise Dunedin.

Parts of Otago could be ''on the cusp'' of an Asian tourist influx, Waitaki MP Jacqui Dean believes.
Ngai Tahu kaumatua Sir Tipene O'Regan will headline a cultural symposium in Dunedin today, focused on the significance of Maori and Chinese in the tourism industry.

Tourism Dunedin is sending a staff member to China for two trade training courses to attract more Chinese visitors in the city.

The number of international passengers to Queenstown Airport in June shot up by almost half as many as in the same month last year but domestic passenger numbers in June fell sharply, compared to the month in 2012.
Convention centres in Queenstown, Christchurch and Auckland could be open for business by 2019, with a total capacity increase of 6000 delegates.
Three Otago landmarks have been included in a New Zealand top 10 compiled by an international tourism website.

Lake Wanaka Tourism (LWT) has unveiled an ambitious plan to achieve a target of more than one million guest nights a year for the resort by 2022.