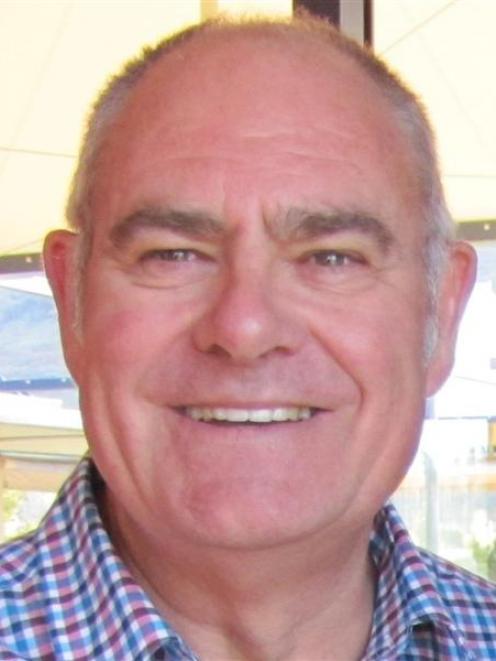 Ross McRobie.
Lake Wanaka Tourism (LWT) has unveiled an ambitious plan to achieve a target of more than one million guest nights a year for the resort by 2022.

While the marked increase in guest nights was a ''stretch plan'', it was achievable, and would bring ''huge economic benefits'' to businesses, the Wanaka community and wider region, LWT board chairman Ross McRobie said in an email to LWT members this week.

It would generate a 35% increase in average daily spending per visitor.

The goal was identified as part of LWT's draft 10-year plan through to 2022, which the board and management have been working on for the past year with input from an external consultant.

LWT general manager James Helmore said it had taken some time to finalise the proposal because of a ''fluctuating year'' globally, which made it difficult to predict what the tourism market would do.

''In the last year in particular we've seen a real roller coaster of results come out,'' Mr Helmore said.

However, in the past two years, the Lake Wanaka region had experienced strong growth in commercial guest nights despite the global economic crisis. Guest nights grew 15%, compared with -9.9% for the South Island as a whole, 0.3% for Queenstown and -1.8% for New Zealand as a whole.

Based on historic performance and national forecasts - which predict a 17% annual growth in Chinese visitors and a 5% annual growth in Australian visitors to New Zealand to 2018 - one million Wanaka guest nights was within reach.

''We have to work our butts off and get additional resources to make it happen.''

In his email to members, Mr McRobie said, given LWT's funding was $680,000 and guest nights had numbered 680,000, it took about $1 in marketing cost to attract each guest night.

''So the goal of achieving over one million guest nights will take more resources and more funding for LWT,'' Mr McRobie said.

On the $1-per-guest-night basis, it would take an average increase in each member's contribution of $80 per year for the next nine years to take LWT's budget to $1 million. Or in total, an additional $800 per business on average for the nine-year period.

The plan was presented to members during LWT's quarterly update last week, and was generally well-received.

The targeted guest-night figure had in fact been set ''significantly higher'' by LWT at one point, but was later scaled back to a more achievable goal.

In the coming weeks, LWT will gather feedback from its members on the proposal, through workshops and an online survey. To get an increase in resources, LWT needs a majority mandate from its members.

Lake Wanaka Tourism goal of 1,045,000 Wanaka guest nights a year to be achieved by:

• A 25% repeat-visitor rate. Achieving these goals would generate a 35% increase in average daily spend per visitor.