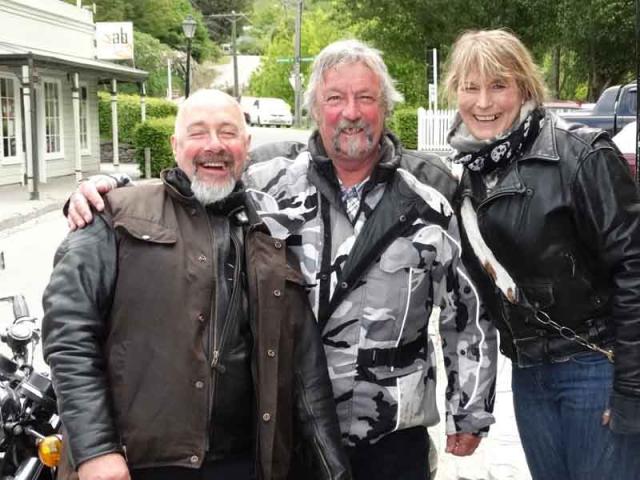 Air New Zealand has opened a new entry point for travellers from Auckland to the United States. Dunedin's Dame Elizabeth Hanan discovered in Houston an unexpectedly vibrant and stimulating city when she travelled to United States to meet family.

The Hill City-University Harrier and Athletic Club came of age on Saturday when its teams won a rare senior double for a single club at the Lovelock Relay meeting on the University Oval No 2 ground.
The weekend's games produced a rare draw between the Kia Toa Tigers and the East Coast Eagles, as well as a hard-fought victory to Otago University over the South Pacific Raiders.

Affordable housing in Queenstown is being held back by costly tax and council bills.

The East Coast Eagles and Kia Toa Tigers come away with victories in this week's round of local rugby league, one through a tight contest and the other through the opposition defaulting.

Environmental campaigners have shown even picture-postcard Queenstown has a problem with plastics and waste.

Otago Daily Times Online rugby writer Jeff Cheshire looks at some key points from the Highlanders' 23-10 win over the Brumbies in Invercargill.

ODT Online rugby writer Jeff Cheshire picks out some key points from the All Blacks' Rugby World Cup final win over the Wallabies this morning.

Four teenagers were "euphoric" after reeling in two sharks at the Dunedin Wharf.

Otago Daily Times Online rugby writer Jeff Cheshire looks at some key points from the Highlanders' 15-14 loss to the Sharks.
The South Pacific Raiders edged out the East Coast Eagles 32-28, with a converted try in the last minute of the game at the Kensington Oval on Saturday.

A Queenstown car crash victim is calling for lifetime driving bans on New Zealand roads for overseas drivers who gain a conviction.
University and the Kia Toa Tigers were the big winners of this week's round, notching up very convincing victories at the Oval on Saturday.

Last year four Highlanders went to the Rugby World Cup with the All Blacks. Otago Daily Times Online rugby writer Jeff Cheshire looks at five more who could be in with a chance to make the step up to the national squad.

This year's Otago club competition has a new look to it.

ODT Online rugby writer Jeff Cheshire looks at what has and hasn't been working for the Highlanders so far in this year's Super Rugby competition.