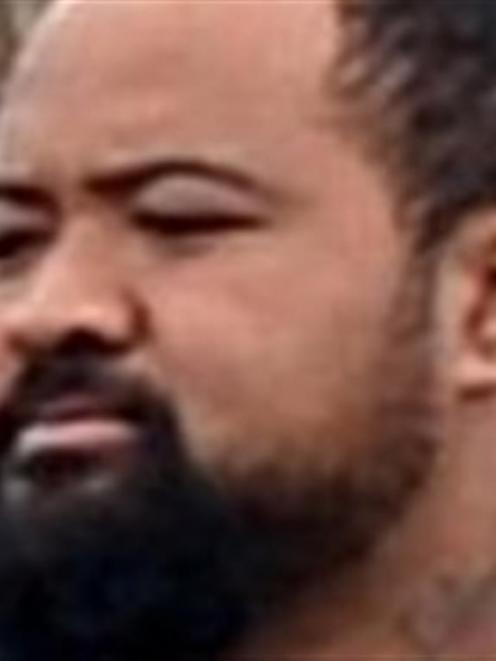 Sililo Laumea.
The East Coast Eagles and Kia Toa Tigers come away with victories in this week's round of local rugby league, one through a tight contest and the other through the opposition defaulting.

The East Coast Eagles chalked up another against the University Rugby League Club with a narrow 34-32 win at Kensington Oval.

It was a seesaw contest, with tries being traded regularly.

University headed into this game missing seven of its regular players through injury and with just one substitute on the bench - a position the Eagles have also been in this season.

The problem was exacerbated when winger Ashleigh Jenkins aggravated an existing knee injury early in the first half and Lundon Williamson and Finn Langdale both sustained leg injuries in the second.

Right from the kick-off, the University side looked determined, crossing the line in the opening minutes to gain an early lead.

The University forwards were making plenty of metres around the ruck through some strong running, particularly from captain Tyson Ball and second rower Ricki Allan.

To the Eagles' credit, the side was able to scramble on its own line to ensure that several possible scoring opportunities went begging.

It was not long before the Eagles struck back to wrestle the lead off University, but the lead proved difficult to hold on to, with defensive lapses from both sides allowing some soft tries at times.

University looked to be in a good position heading into halftime but conceded a try in the last minute to narrow the gap, with the score at 20-16 in the students' favour.

The second half saw a very similar contest, except this time the University side made several errors, defensive lapses and poor choices on attack.

The Eagles capitalised on these errors and seized momentum in key parts of the field to push over for some good tries against a tiring University outfit.

University managed to get things right at times, though, including Ben Ross' second try of the game, when he took on the defenders out wide and managed to push over the line, re-injuring his shoulder in the process.

At this stage, the University side just had its nose in front with the end in sight.

But the Eagles kept in the game, particularly through their props, Antonio Ikahihifo and Sililo Laumea, who consistently got their side over the gain line through brute strength when running the ball.

This hard running rewarded Laumea with a well-deserved try.

Their efforts were backed up by Tama Apineru, who was his usual elusive self, slipping through the defensive line to score a solid individual try and later using his off-loading skills to set up another try in the dying minutes of the second half to put the Eagles just in front.

Despite a determined effort in the closing minutes from the University side to wrestle back the lead, the Eagles closed out the game to walk away with an impressive victory.

It was a well-deserved win for the Eagles, who fought hard for the full 80 minutes and showed their potential as a side to be reckoned with in this competition.

Given that both sides scored six tries apiece, Kieran Fitzgerald's kicking for the Eagles was key, converting five of his six attempts at goal. Dominic Tola was also impressive in his first time taking on the kicking duties for University, managing to slot four of his six attempts.

In what would have been the second game of the weekend, the South Pacific Raiders were forced to default to the Kia Toa Tigers due to a lack of numbers, because of student obligations of several of their university players.