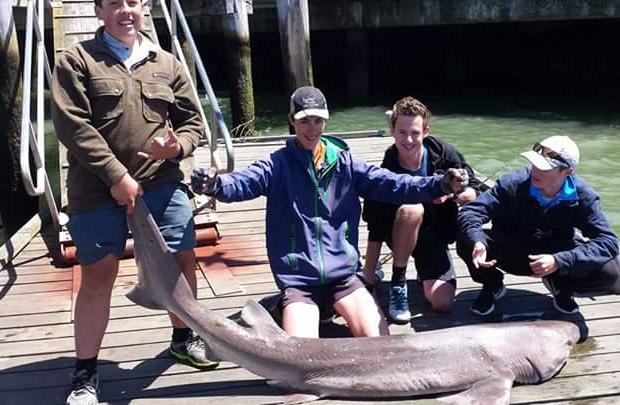 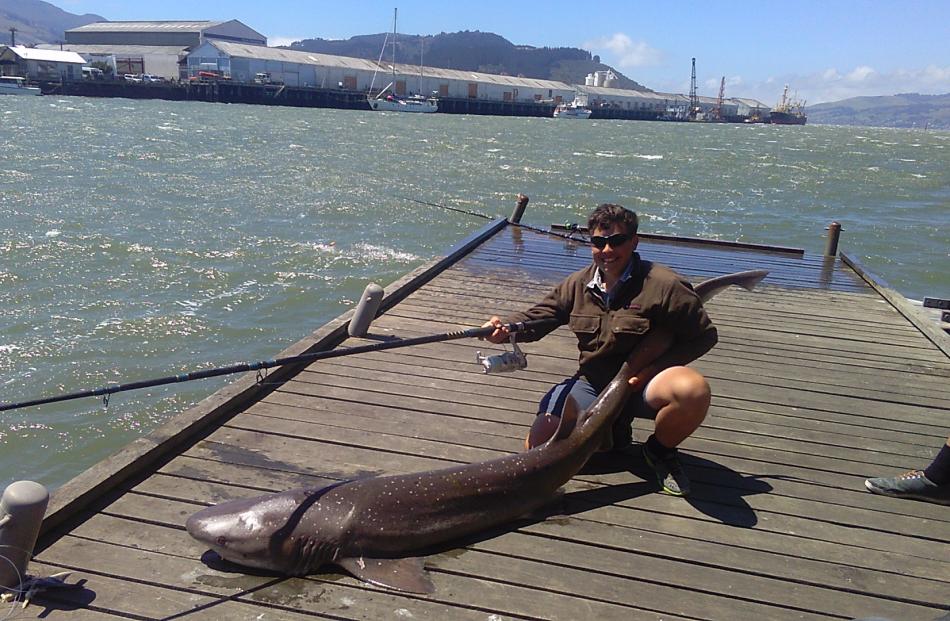 Marcus Sowerby with the shark he caught. Photo: Supplied

Four teenagers were "euphoric" after reeling in two sharks at the Dunedin Wharf.

Ben Haenraets (17) estimated the sharks to be seven to eight feet in length and said they were very heavy.

The previous day, Boxing Day, his three friends, Marcus Sowerby (17), Lucas O'Sullivan (15) and Dylan Booth (17), had been fishing at the wharf and felt something strong tugging the line, so they decided to go back.

"We [go] down there every couple of weeks," Haenraets said.

"The reason we went down there that day was that the other three were fishing the day before and felt something strong tugging the line.

"The next day four of us went down and we reeled in two sharks."

He said the sharks were not easy to reel in and they had to use large bait.

"They took about quarter of an hour to reel in on big salmon rods. We used whole fish as bait."

The boys were pretty stunned. Haenraets said they were initially not sure how big the fish was, but were "pretty euphoric" upon landing it. They later threw it back.

They went on to land another, while hooking a third that got away.