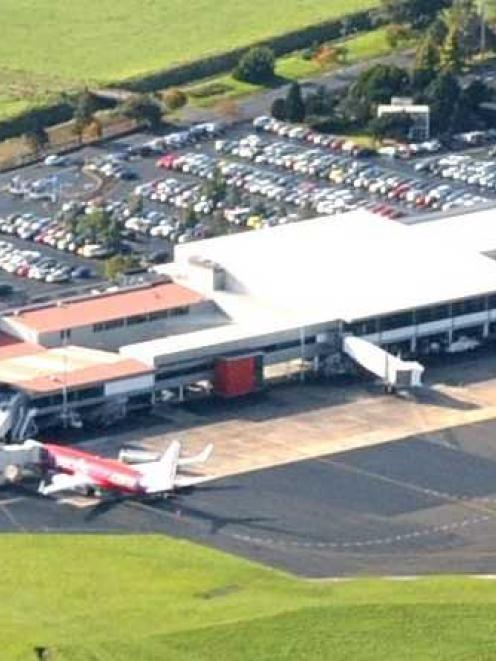 Dunedin Airport.
In a blow to Dunedin's travel and tourism industry, direct flights to and from Sydney and Melbourne this summer have been dropped.

The move comes as Virgin, in a transtasman alliance agreement with Air New Zealand, is increasing flights to Queenstown and Christchurch by 36,000 seats and 43,000 seats respectively, from November to March.

''There will be a fallout, but it's yet to gauged on the tourism sector,'' he said.

For the past couple of years, Virgin, as part of the alliance agreement, has operated two services a week to both Melbourne and Sydney direct from Dunedin during December and January. Passengers travelled on either an Air New Zealand or Virgin aircraft.

However, Virgin has confirmed the alliance will not operate the service this year ''based on performance''.

Figures from the city council's economic development unit showed the flights to Sydney increased 6% from last summer to this summer, and to Melbourne up 14%.

Virgin flew direct to Brisbane three times a week but that would increase to four times a week from July to October before going back to three.

Dunedin Chamber of Commerce chief executive John Christie said it would be very disappointing if more flights going to Queenstown were to the detriment of Dunedin.

The loss of the flights to Dunedin was a ''lost opportunity'' to bring Australians direct to the city, he said. It made the city's job of keeping and attracting businesses harder as access to overseas destinations became more difficult.

''The result is increasing costs and increasing time it takes to get [to where they want to go].''

Dunedin International Airport chief executive John McCall said he was disappointed at the decision because demand for the summer services had grown significantly.

''We were surprised they have discontinued ... those services, but clearly they are looking to put capacity into other routes.''

Rotorua also had no competition in transtasman flights and, as a result, only had one or two flights to Sydney, whereas Queenstown, Wellington and Auckland all had competition in the form of Qantas and or Emirates.

''With a certain amount of capacity, you get the best yield.''

Increased flights into Queenstown was ''sure to impact'' on Dunedin but it was difficult to quantify due to the differences between airports.

In the winter, some ski tourists flew into Dunedin, especially school groups, to avoid the uncertainty around weather delays flying into Queenstown.

''I do not believe the residential market in Dunedin is crossing to Queenstown.''

''The Dunedin to Brisbane flight is really popular - a direct flight is the first preference every time.''