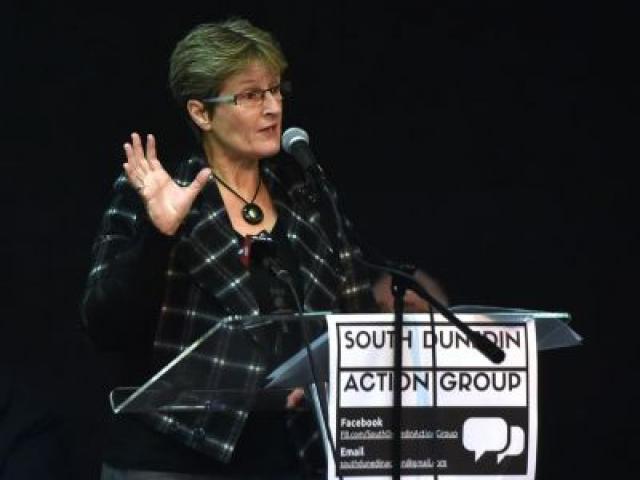 Residents concerned about the risk of flooding during future rain events were among about 170 people who packed the Nations Church for the meeting organised by the South Dunedin Action Group (SDAG) and attended by councillors and senior staff members.

Attendees heard about the short-term measures the council had taken or was about to take to ensure South Dunedin's infrastructure would run at full capacity should there be a repeat of last June's devastating flood.

But the meeting was at its most heated when the long-term future of the area was discussed. Council representatives said it was too soon to say how it might respond to the difficult issues posed by rising sea levels and groundwater caused by climate change.

SDAG spokesman Ray MacLeod finished the meeting by praising some of the council's short-term measures, but had harsh words when it came to what he perceived as a "green'' agenda on the council.

This agenda had resulted in a council policy of "strategic withdrawal'' from South Dunedin "by stealth'', Mr MacLeod said.

Council chief executive Sue Bidrose earlier said there was no such plan, but both she and Mayor Dave Cull, whose speech was read out by Acting Mayor Andrew Noone, said such an option could not be counted out, given the serious threat posed by climate change.

Dr Bidrose said such an option would be a last resort, and other options, such as constructing another pumping station, would be looked at first.

Both she and Mr Cull said South Dunedin residents would be involved in any major decisions.

Dr Bidrose anticipated the heated response from some sections of those present when she first broached the subject of climate change, saying: "I know there is some that don't want to talk about it.''

This threat, which she said would take decades to impact fully, was evidenced in a report by parliamentary commissioner for the environment Jan Wright which identified 3000 homes as being located less than 50cm above sea level in South Dunedin.

Climate change was predicted to increase groundwater levels, which exacerbated flooding by reducing the ability of the ground to take in water, and increase the frequency of severe storm events.

Mr Cull's speech said a lack of facts about the effects of climate change in South Dunedin meant the council did not yet have a preferred option for the long-term risk facing the area.

"Naturally people in the community are still very concerned about the risks facing the area.

"While I can't give you guarantees about what will happen in the future, I can assure you that council and I are taking the risks very seriously,'' he said.

Dr Bidrose, council Infrastructure Networks general manager Ruth Stokes and Mr Cull also outlined the short-term measures the council was taking to make sure the infrastructure would run at capacity in future events, which included:

- Replacing the Portobello Rd pump station grates by August. The old design made it impossible to clear debris blocking the station during last year's floods.

- Clearing the grates when there were heavy rain warnings.

South Dunedin's mud-tanks had all been properly cleaned and a new system was in place to ensure they were maintained up to the proper standard in future.

In slamming "green'' councillors, Mr MacLeod pointed to a proposal in the second generation plan being consulted on which would require "sensitive activities'', which included emergency services and other key infrastructure, in South Dunedin, to be relocatable.

He called on South Dunedin residents to vote out "green'' councillors and Mr Cull, who he said were willing to "sacrifice'' South Dunedin people in favour of their ideology.