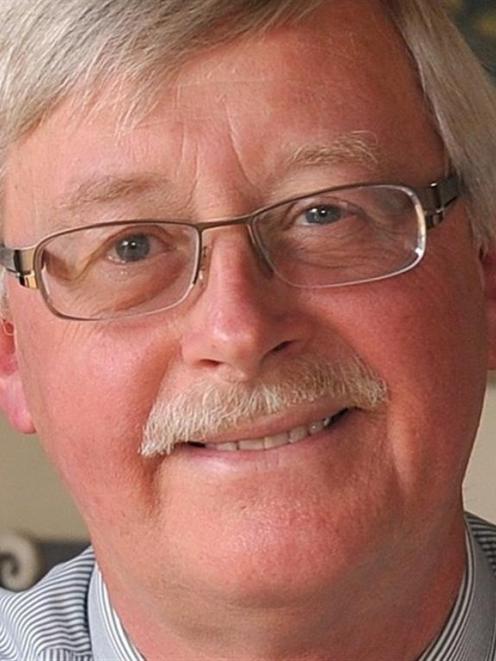 Chris Staynes.
The Dunedin City Council says it will seek answers to the issue of violence and disorder at a central city taxi stand.

Deputy mayor Chris Staynes said he planned to organise a meeting with taxi companies to search for solutions to what a Dunedin man last week described as "absolutely outrageous'' scenes at the Octagon taxi rank.

Steve Parkinson said last week he had seen fighting at the rank three times recently, with part of the problem confusion over where the front of the rank was.

He called for a barrier system and security guards to manage the flow into taxis, perhaps paid for by taxi companies or bars.

Cr Staynes said he would get taxi company managers together for a meeting.

There was a group that met on an informal semi-regular basis, and he would get those people together to "talk to them about things that are happening and what they might see as solutions''.

One suggestion he had already heard was to shift the rank to the central Octagon where cruise ship buses parked.

There was a roof over the footpath there for shelter, though that did not necessarily solve the issue of confusion over where the front of the rank was.

He planned to organise the meeting "as fast as I can''.

A police spokeswoman said police were aware "from time to time there have been instances of disorder in and around the Octagon which includes the taxi ranks''.

The problem, the spokeswoman said, was large queues forming at the rank, mostly at the end of the night "when people have consumed varying levels of alcohol''.

"We also continue to work with bars and licensees to help ensure host responsibility and provision of a safe environment for people out socialising.''

Any changes made to the taxi rank area would be a matter for the council to consider.

"There is CCTV in the Octagon area. However, it is not necessarily focused only on the taxi rank, and it is again up to the council to consider whether there is a specific need for further cameras in this area.''

City bar owners have also laid part of the blame for the issue on the time patrons had to wait for a taxi.

Mr Hughes said he suggested the Exchange rank to his patrons.

"To me it's just the wait times.

He had been told to send patrons to a taxi rank, but that meant an hour to an hour-and-a-half wait.

As a publican, he was required to offer taxis to patrons but that was difficult in the circumstances.

City United Taxis managing director Matt Burns said he had feedback from drivers that patrons and some drivers had an issue as to where the front of the Octagon rank was.

Drivers "would be happy to see something done about it''.

They were also in the firing line if an intoxicated aggressive patron felt the driver should have prevented someone jumping the queue.

He suggested there be city safety officers to help at the rank, or bars could provide personnel.

Mr Burns said it was "absolutely 100% true'' there were times demand for taxis outstripped supply.

"Saturday nights we get to a point frequently where we can't answer all of the calls coming in.''

That was because the company would need 10 people on dispatch, and even if it had them, there were not enough cars.

If there were enough cars at that time, there would be too many with nothing to do during the rest of the week.