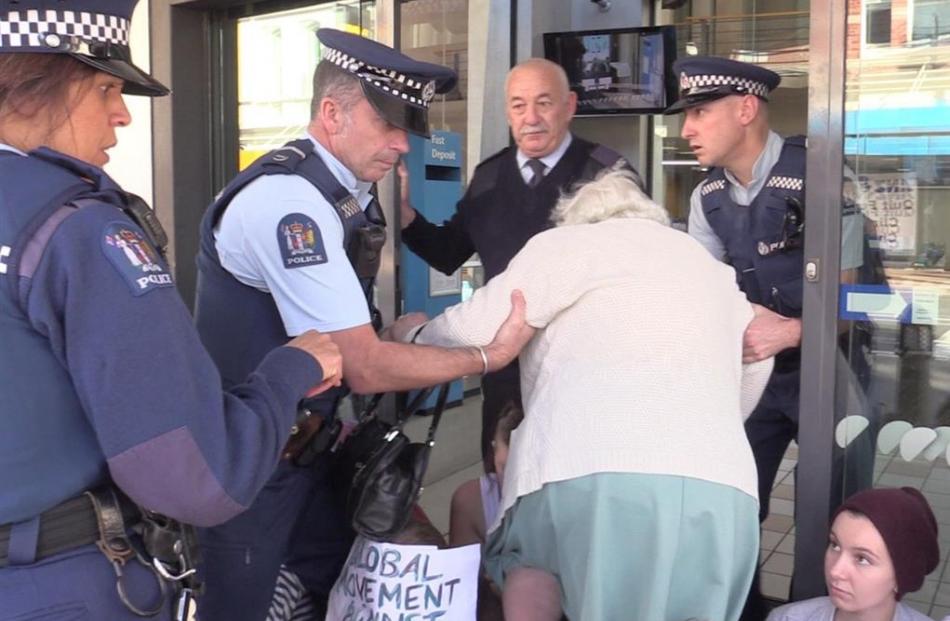 Protesters have been slammed on social media for blocking an elderly woman from an ANZ branch in Dunedin yesterday.

Policemen had to help an elderly woman past the protesters to enter the branch.

This was the fourth recent protest in New Zealand cities against claimed ANZ Bank financial links with fossil fuels.

During the day, several dozen account holders had to be escorted through the protesters by police.

There was a police presence at all three branches.

The Otago Daily Times saw at least one member of the public vigorously remonstrating with the protesters.

Another man, after leaving a bank branch, angrily shouted to police to move the protesters on.

Environmental advocacy group 350 Aotearoa executive director Niamh O'Flynn, a former Dunedin resident and University of Otago student, said the protest had been successful and "the public response has been great''.

Ms O'Flynn, who now lives in Auckland, said the protest had blocked entry to the three branches throughout the day.

The protesters are lobbying the bank to divest itself of fossil-fuel interests.

A police spokeswoman said there had been no arrests.