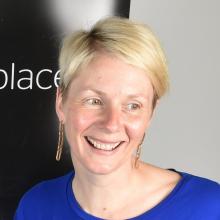 Megan Crawford
Air New Zealand may have washed its hands of Dunedin's only international air service.

A request from the Otago Daily Times for an update on the future of the service put in doubt by the end of an alliance between the company and Virgin came back with a one-line statement saying: ``You'll need to speak to Virgin Australia about its plans for the Dunedin-Brisbane service it currently operates.''

That is despite the service being run under a code-share agreement between the two companies.

Last week, it was announced an alliance between the companies, under which they have co-operated on transtasman services since 2010, would end in October.

This week, came news Air New Zealand would operate between Queenstown and Brisbane up to four times a week from December, increasing its international capacity from the town by 20%.

It would operate between Wellington and Brisbane up to five times a week, an increase of 20,000 seats, and also increase transtasman capacity to Brisbane from Christchurch.

Air New Zealand was asked if it planned to continue the Dunedin to Brisbane flight, the process behind any decision and the timeframe, but it provided only the one-sentence answer.

An email and phone call to the spokeswoman who sent the answer were not returned.

A Virgin spokeswoman from Sydney said its sales teams were working with Air New Zealand on what would happen after October.

That was in progress, and there was no update on plans for its services after that date.

Work would be done ``quite quickly'' so people would know what would happen.

Virgin said in a statement last week the end of the alliance provided opportunities for both Virgin and Tigerair Australia, the low-cost airline owned by Virgin.

The airport was still talking to ``both airlines, or actually all airlines, to be honest''.

Air New Zealand's response was ``an interesting comment'' but she had not heard that from the company.

Brisbane flights ex Dunedin , Kiwi Air muscled out by Air NZ (Freedom Air) they then later code sharing with Virgin now not wanting to code share. The tax payer bailed out Air NZ a few years back . Air NZ as part of that bail out made a commitment not to abandon the regions ( yes sadly Dunedin is not now a major centre) . They are backsliding on that promise.