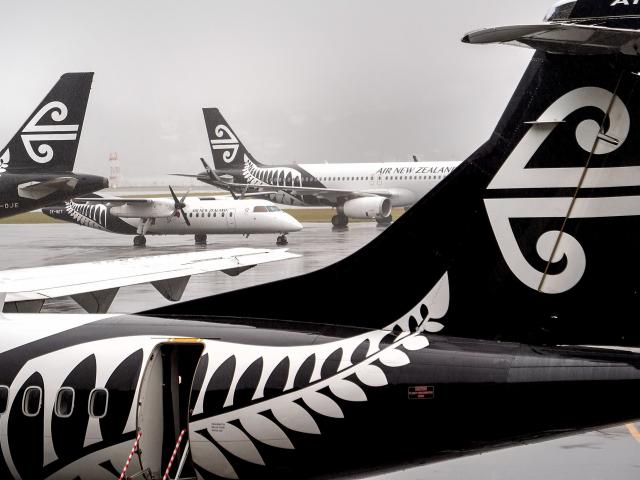 High fuel prices, a weak new Zealand dollar and increased operational costs resulted in Air New Zealand's profit plunging by 34% to $152million for its half year to December.

Air New Zealand may have washed its hands of Dunedin's only international air service.

Competition was increasing for Air New Zealand, which would start to erode the benefits of lower fuel prices, particularly in the 2017 financial year, Forsyth Barr broker Peter Young said.

Projects to improve Queenstown Airport may be brought forward to cater for an extra 140,000 passengers expected to travel to the resort with Air New Zealand next year.

Air New Zealand has returned a direct morning flight from Auckland to Dunedin to its schedule, a small piece of good news for the city's air services and business community.

The first of 10 of Air New Zealand's long-haul Boeing 787-9 Dreamliners arrives in the country from Seattle on July 11.

Air New Zealand has signed a major aircraft order with Airbus which will replace its Tasman and Pacific Island fleet. Business editor Dene Mackenzie talks to Forsyth Barr broker Andrew Rooney about the implications of the order for the national carrier.
Air New Zealand is replacing its Airbus international aircraft with new models worth $1.6 billion as it refreshes its fleet.

The chief executive of Air New Zealand has been invited to Dunedin to hear concerns from the business community about the axing of a late-night flights.

The country's national airline is set to release another of its acclaimed safety videos - this time featuring supermodels in bikinis.
A Dunedin woman who bit one flight attendant and kicked another in the testicles should have been given a prison sentence for her ''horrific outburst'', a flight attendant union says.

Air New Zealand will form a deep alliance with Singapore Airlines, resuming flights to the southeast Asian country and gaining access to the Singaporean carrier's huge regional market and much of its worldwide network.

An Air NZ A320 has made an emergency landing at Melbourne Airport night after experiencing engine trouble shortly after takeoff.

The Government has confirmed plans to sell down its stake in Air New Zealand, with 20 per cent of the shares on sale from tomorrow.
Air New Zealand passengers can now check in online using smartphones and tablets, and be notified instantly of a change in their flight schedule.

Air New Zealand is considering flying bigger planes into Queenstown to cope with adverse weather conditions and to develop its business in hand with the rapidly expanding airport, the airline's chief executive told the resort's Chamber of Commerce members yesterday.

Air New Zealand shares will resume trading this morning after the Government last night completed the sale of a further 20% of the national carrier at $1.65 a share.