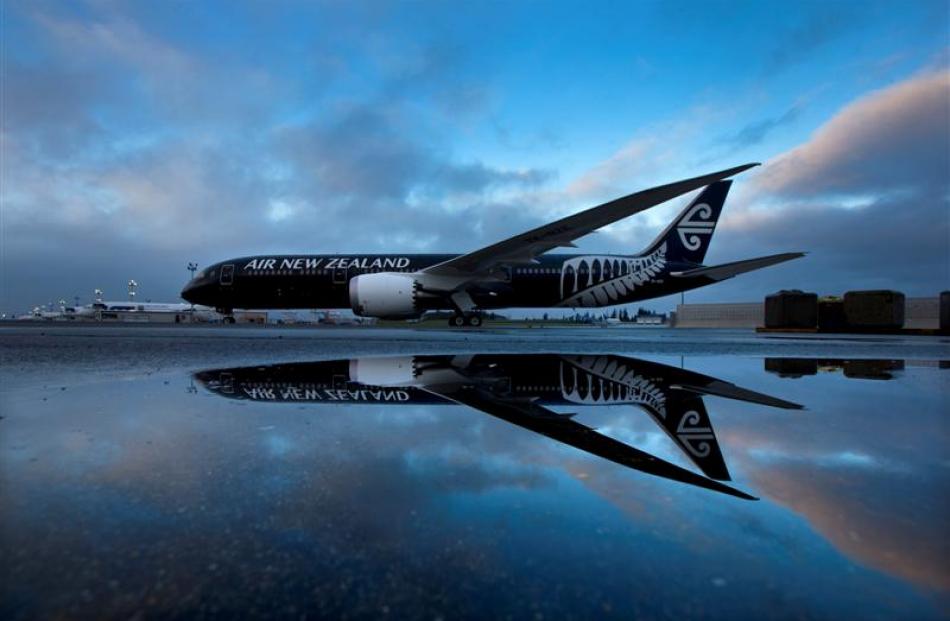 Photo by the NZ Herald.

The first of 10 of Air New Zealand's long-haul Boeing 787-9 Dreamliners arrives in the country from Seattle on July 11.

The fleet will be focused on increasing Asian destinations.

The smaller 787-8 carries about 260 passengers, and its delivery was delayed by three and a-half years over development issues.

Air New Zealand is a ''launch customer'' for the $249.5 million jets, which last month gained certification by the Federal Aviation Administration and European Aviation Safety Agency.

Auckland to Perth will serve as the first commercial route from October, followed by Auckland to Shanghai and Auckland to Tokyo.

Air New Zealand is expecting three planes to be delivered by the end of the year, BusinessDay reported.